Fun simulation of the classic Carromboard game, modelling real world physics and graphics.
Featuring a single point control system that is intuitive to use, where positioning and striking can be done in a couple of touches. The Carrom Board is also fully 3D, which you can rotate and zoom in on before taking aim.

The game can be played by 2 players locally and now also online, or you can play against a computer opponent at your chosen difficulty level.

Carrom or Carromboard is a cue sport-based tabletop game of South Asian origin. The game is very popular in India, Bangladesh, Afghanistan, Nepal, Pakistan, Sri Lanka and surrounding areas, and is known by various names in different languages. In South Asia, many clubs and cafés hold regular tournaments.

Need help? Use our Carrom Simulator Walkthrough page or sign up and make your contribution today.

Online play now added to the game. Bug fix where pieces were not always replaced to the board if they end up being knocked out.

Carrom Simulator is a free-to-play, board and sports game developed by Jotinder Dhanjal, and is available for download on both iOS and Android devices. The app is compatible with iOS 7.0 or later on the following devices: iPhone 11 Pro, X, Xs, SE, iPhone 8, 7, 6, iPad Pro and iPad Mini. 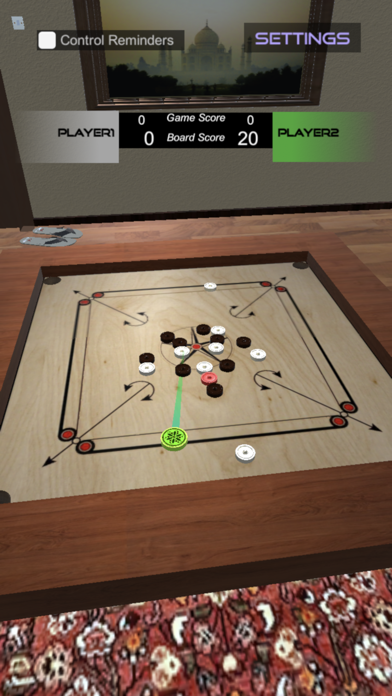 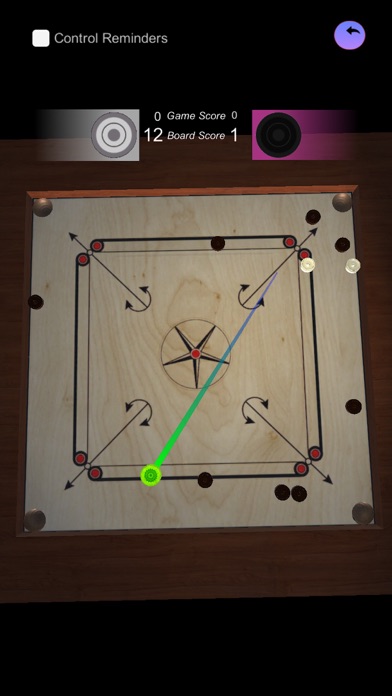 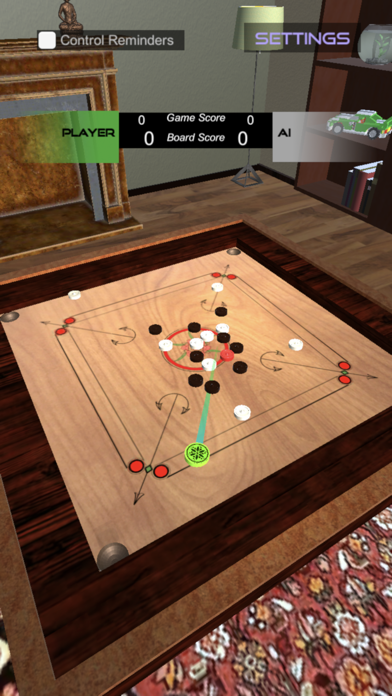 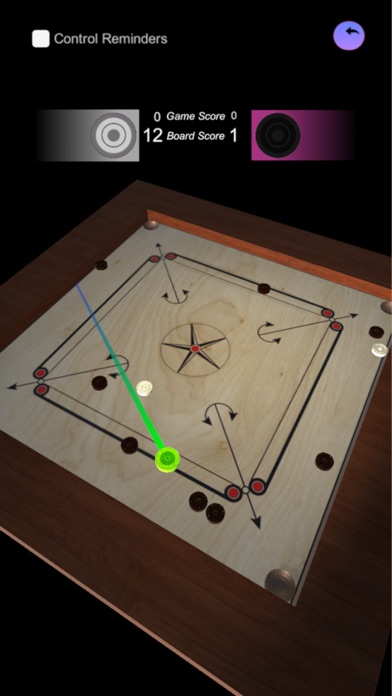