Street protests and riots can be a real plague of our time! Fortunately, your character is a legendary riot control expert who travels around the world and fixes complicated situations far from home. You can call it some special street magic. Try this dynamic street riot simulator and feel the spirit of the popular uprising and total tumult!
KEY FEATURES:
- 3 locations: Latin America, Near East and Eastern Europe;
- A lot of combat cards: popular avengers in yellow vests, urban guerrilla partisans, national guard, renegade journalists, police special forces, barricades, mobile armored vehicles, cyberpunk hipster adventurers, shooting towers of various kinds, and much more - choose which ones will be your trump cards;
- 2 playable factions: citizens protesting against state terror and cyberpunk-style dystopia, and the police forces, loyal to the supreme leader;
- 3 game modes: PvP multiplayer, single campaign and endless arcade fight in the urban battleground;
- RPG-like customizable Hero for the PvP mode;
- Deep narrative: a rich storyline for both factions turns your path into a real adventure;
- Colorful cartoon style - the topic of unrest and politics literally gets new picturesque colors;
- Deconstruction of dystopia: ironic atmosphere with a lot of black humor;
- Global leaderboard with daily awards for champions. Run the arcade mode to compete with your friends and score points - become a hero of the leaderboard and earn valuable rewards!

CHOOSE YOUR SIDE:
You can play as the Police and save the dictators from an enraged popular heroes, or help the Protesters to overthrow the corrupt rulers and establish democracy! Pick what you like in this internal politics game - yellow vests or bullets and handcuffs.
Become a defender of state or a bane of empires! Prepare your trump cards, visit dozens of cities and take control over them. You will fight a number of bosses - crazy farmer, criminal baron, police captain, renegade general, creepy dictator and many others. Each of them has their own motives and personal story!
This dynamic tower defense strategy will show you that the most dreadful opponents of people are not zombies, monsters or aliens, but just other people. Will the president repel the attack of angry goblin-like mob, who pretend to be popular heroes and avengers? Will the dictator remain in his chair and continue the reign of terror? Will the knights of democracy win, or will the total dystopia prevail? It's up to you!

TOWER DEFENSE OR TOWER OFFENSE?
In this mobile strategy game with RPG elements you have to tactically place combat units and towers in order to survive the rush of enemy waves. Streets are your battleground and your kingdom, so reign over them!
If you want a real fight instead of active defense, then become fast and furious and lead your urban knights to assault the enemy base!
To win, you must either defend from the evil foe and survive all the waves, or destroy the enemy base. Always build towers, lots of towers! Choose your trump cards carefully, consider the most appropriate strategy and tactics.
Keep winning, so you will gain access to new combat cards - new types of units, towers and special abilities, including elite and legendary ones. Proper deck building is the key to success! Upgrade the cards of your street army to make them even more effective.

DISCLAIMER:
Please note that all characters, locations and events in this game are fictitious and any resemblance to real persons, locations and events is purely coincidental. This game does not carry any political motives. We don’t support any manifestations, protests, riots, revolts, uprisings, wars and other uncomfortable things, because of which you can be late for tea.

OH, AND ONE MORE THING:
Please note that participation in mass protests can be considered as a crime in many countries. We strongly advise you to abstain yourself from any radical street activities in real life. Seriously, better play our game instead of all that.

Need help? Use our Democracy on Fire Walkthrough page or sign up and make your contribution today.

- Tweaked the AI behavior; - Fixed bugs in behavior of new cards; - Made certain tweaks of the user interface.

About Democracy on Fire

Democracy on Fire is a free-to-play, action and strategy game developed by Serg Tuvalkin, and is available for download on both iOS and Android devices. The app is compatible with iOS 9.0 or later on the following devices: iPhone 11 Pro, X, Xs, SE, iPhone 8, 7, 6, iPad Pro and iPad Mini. 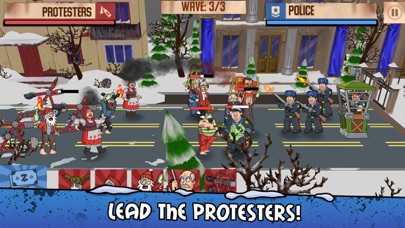 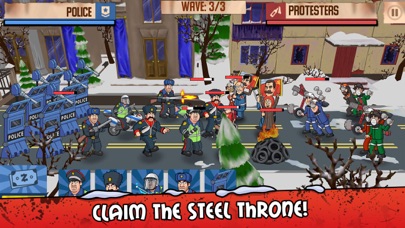 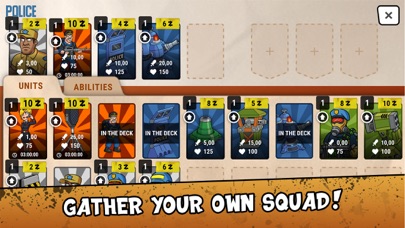 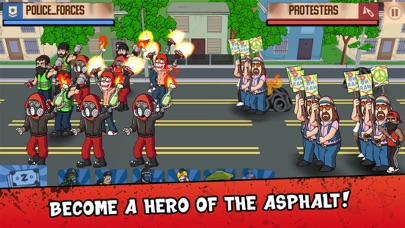 Review: 'Fun' 'This game is fun and time consuming'