Some call them freaks. Others call them monsters. For many they do not even exist at all. Forced to live on the fringes of society, they have no reason to care about the rest of humanity or its affairs. Everything changes when a powerful and ancient evil force threatens our world. A group of these legendary outcasts must join forces to take a stand against evil and save the universe.
Come join the chosen and fuel our flame against evil! Play as one of eight mighty fighters and battle across epic landscapes. Challenge the forces of darkness or oppose the forces of good. Which side will you choose?

Play as one of four members of the Supernatural Super Squad - Bigfoot, Enki, Nessie, or Jeff the Yeti and battle the Wizard Kukulkan and his right hand assassin Clíodhna the Banshee Queen, General Choad - a maniacal killing machine whose mission is to eliminate all supernatural scum, and the demon goat yule lord Grandpa Krampus.

Also, fight as General Choad, Clíodhna, Grandpa Krampus, and Kukulkan as you meet and destroy the four members of the Supernatural Super Squad!
Play up to four players on local versus mode choosing to battle against computer players!

Unlock the fighters and their stage environments during single player mode for use in multiplayer combat!
Collect all Supernatural Super Squad Fight! achievements

Need help? Use our Supernatural Super Squad Fight Walkthrough page or sign up and make your contribution today.

Supernatural Super Squad Fight is an action game developed by Jonah Taylor, and is available for download on both iOS and Android devices. The app is compatible with iOS 8.0 or later on the following devices: iPhone 11 Pro, X, Xs, SE, iPhone 8, 7, 6, iPad Pro and iPad Mini. 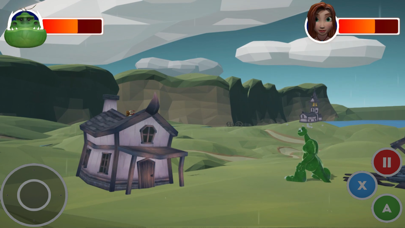 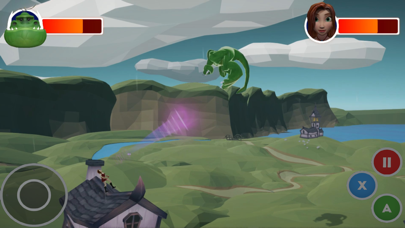 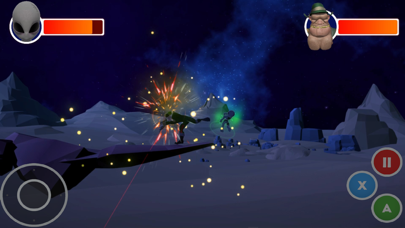 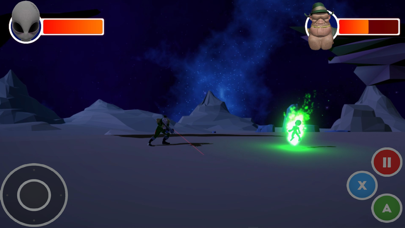 Review: Potential I played this game on both Xbox and IOS. Had fun on both. Although, I think the difficulty spikes up...

Review: 'Help' 'Why does iOS only give me 2 characters and nothing I do gets me the other characters/maps please help'

Review: 'So cool!' 'I love beating my friends. Choad is my fave.'