A comedy written in the stars

Astrologaster is a story-driven comedy game set in Shakespeare’s London.
London, 1592. A great plague sweeps through the capital. When doctors flee the city in fear, a hero rises. His name is Simon Forman, “Doctor” of Astrology and Physick. Not only does he have the power to cure the sick, he can find their lost pets or even predict their futures, by reading the movements of the stars!

But when the plague ends, Forman’s problems begin. The real doctors return to London and they will stop at nothing to expose Forman as a fraud and bring him down. But Doctor Forman is determined to prove them wrong!

Astrologaster is based on a true - and truly ridiculous - story.

Change Lives - Win your patients’ favor or ruin their lives. Advise 14 characters who return 5-7 times. Patients have their own ongoing stories which often overlap with each other.

Win A Medical License - Convince patients to write letters of recommendations. Collect enough letters to exchange them for a medical license.

Fully Voiced Character Dialogue - Sitcom-style comedy brought to life by a cast of over a dozen actors.

Sing Along - Enjoy Renaissance-era music and sing along to each character’s theme song.

Need help? Use our Astrologaster Walkthrough page or sign up and make your contribution today.

Astrologaster is an adventure game developed by Nyamyam, and is available for download on both iOS and Android devices. The app is compatible with iOS 13.0 or later on the following devices: iPhone 11 Pro, X, Xs, SE, iPhone 8, 7, 6, iPad Pro and iPad Mini. 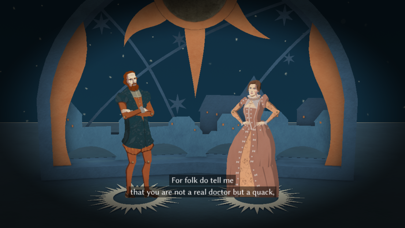 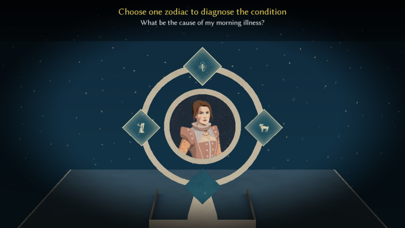 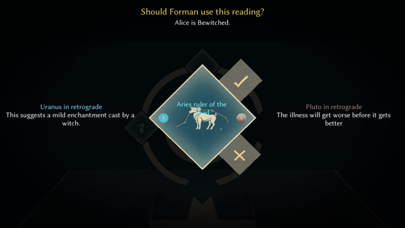 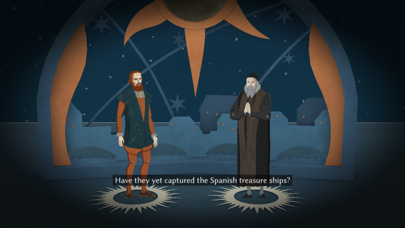 Review: No way to correct errors. Don’t brush the screen I accidentally brushed the screen looking at options. No way to undo mistake. You need a ‘confirm selection’ step. Other...

Review: 'Excellent humor. No glitches.' 'It is a fun and funny game. Not exactly taxing but a familiarity with British history, chiefly affairs of the...

Review: 'Astrologaster is fantastic!' 'Huzzah for this new game! The lack of interesting fare in the App Store did cause me to involuntarily chunder!...

Review: 'A Real Gem!!!' 'I just finished completing the game for the third time and have thoroughly enjoyed it each time (although I’m...