Fight the undead and challenge

Gather a team of fighters who survived the Zombie Armageddon. Fight against thousands of the walking dead. Hire heroes with the unique abilities and weapons. Build-up a well-balanced team, experiment with squad formation, power up and upgrade your heroes. Collect and spend your resources wisely. Challenge players from all over the world on the Arena and fight for the survival of the humanity.
GAME FEATURES:

Auto-Battle
Recruit survivors, create your team of the best fighters and get ready to defend your home!
Free your hands and say goodbye to manual operation with our high intelligence AI! Gather a powerful team, which will demonstrate its best in automatic zombie fights. Get loot even while you’re offline, abundant rewards are waiting for you!

Line Up Strategy
Strategically pick your team’s fighting formation. With hundreds of companions and transformed zombies the possibilities truly are endless! Build a unique team!
Getting to know each hero’s tactical strengths will prepare you to be a better leader during battles. Class match and faction restrain are keys for your success!

Tons of Gameplay
Search levels - scavenge for supplies to survive when the doom comes!
Tower of doomsday - challenge the monsters level by level!
Brave raid is a path where you can’t retreat, the failure is death!
Mysterious crystals, transformation institute and much more awaits!
Upgrade your camp and build a sanctuary meant for hero!

Brotherhood
Help your friends and send them hearts! Friends don't let each other wander in the dark alone!
Fight in the arena - only the strongest can lead companions to survive in the competition!

Cooperative Guild
Make allies, create a guild with your friends and lead it to supremacy!
Fight alongside other guild members, challenge the guild Boss, obtain great rewards!
The powerful guild tech can make you stand out in battles!
The exciting guild war, challenge other survivor camps, fight for glory!

Fate of the humanity lies on your shoulders. Are you ready for battle?

————
Subscription Extra Gold:
Gold coin in auto-battle +100% for one week
$0.99 weekly (Price may vary by location)
————
Price may vary by location.
Payment will be charged to iTunes Account at confirmation of purchase.
Subscription automatically renews unless auto-renew is turned off at least 24-hours before the end of the current period.
Account will be charged for renewal within 24-hours prior to the end of the current period, and indentify the cost of the renewal.
Subscriptions may be managed by the user and auto-renewal may be turned off by going to the user's Account Settings after purchase.
Any unused portion of a free trial period, if offered, will be forfeited when the user purchases a subscription to that publication, where applicable.
————
Privacy Policy: http://www.prosorte.com/policy.html
Terms of Service: http://www.prosorte.com/termsofservice.html

Email us at [email protected]

Do you want to know more about Zombie Strike-Idle Battle SRPG?
Follow us on Facebook to get news, updates:
www.fb.com/zombiestrikeRPG

Need help? Use our Zombie Strike-Idle Battle SRPG Walkthrough page or sign up and make your contribution today.

1. Add a new 5-star Chaos Assassin hero - Taki 2. The Guild Wars map is fully 3D modeled 3. A new mysterious mini-game added to the Campaign 4. Add recent additions hero to the list of heroes that can be enhanced in Impasse Space 5. Optimize the lineup combinations of forts in stronghold guild battles in Gold and above

Zombie Strike-Idle Battle SRPG is a free-to-play strategy game developed by TOJOY GAME, and is available for download on both iOS and Android devices. The app is compatible with iOS 10.0 or later on the following devices: iPhone 11 Pro, X, Xs, SE, iPhone 8, 7, 6, iPad Pro and iPad Mini. 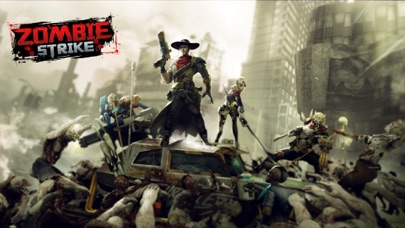 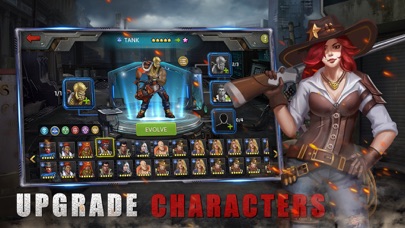 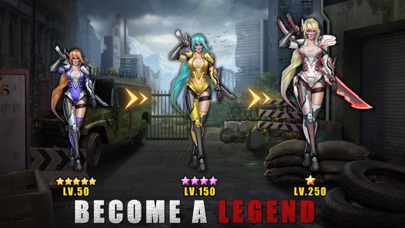 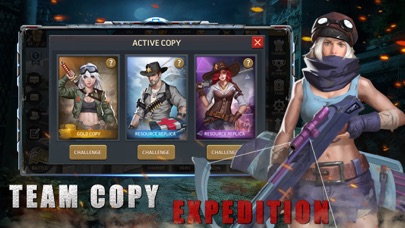 Review: Nice game It is a good time killer and fun to

Review: Great game So far everything is running smoothly no problems and easy to learn stuff

Review: Double thumbs up! Ease of play, easy to understand and somewhat easy to advance so long as you play! I highly recommend it!