Have you ever been to Army Border as a soldier, if not, then get ready to drive different transportation vehicles at Army Border using professional driving skills in one of the best lorry games. Army border cargo transport is a latest force base driving simulator game like other lorry games and new transport cargo border game and simulation game. This is adventurous to transport military officer’s food, weapons from army base camp to border. It includes startup missions plan. It is a realistic war situation in army transport. This Army Border Cargo Transport is full of adventurous missions, which includes rescue missions, to overcome crisis in battle situations. Transport tanks, weapons, food, and army inventory to border area from base camp.
Army Border Cargo Transport gives you opportunity to become a soldier truck driving expert and dangerous truck rider. In this game, you will get realistic weather conditions and day night cycle traffic rules, speed limit detailed interior for each truck brand and drive brand new truck and different vehicles with best army transportation and driving skills to help transport army cargo border transport. You will have craziest driving through off-road hills, highways; tunnels etc. to transport soldiers from main army check post to borderline check-post. Army Border Cargo Transport gives you the transport missions as military driver to transport tanks, weapons, food and shift and transport other army inventory using different transportation vehicles like jeep, helicopter, loader truck, engine oil heavy duty truck, rocket launcher in different level through off-road driving like other lorry games.
It is a little bit different and one of the best new truck games, soldier games, lorry games of new games of 2019. Its thrilling to be a military truck games driver as a soldier in truck mountain driving simulator to fight against enemies by free driving through hills, curves, highways by transporting weapons like tanks, and rocket launches that are needed for battle for army in time. This new army transportation game simulator is full of adventures and army border experience of battlefield situation.

Need help? Use our Army Border Cargo Transport Walkthrough page or sign up and make your contribution today.

Army Border Cargo Transport is a free-to-play simulation game developed by Muhammad Imran Akhtar, and is available for download on both iOS and Android devices. The app is compatible with iOS 8.0 or later on the following devices: iPhone 11 Pro, X, Xs, SE, iPhone 8, 7, 6, iPad Pro and iPad Mini. 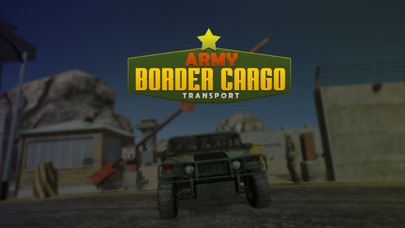 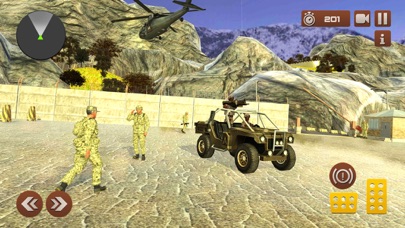 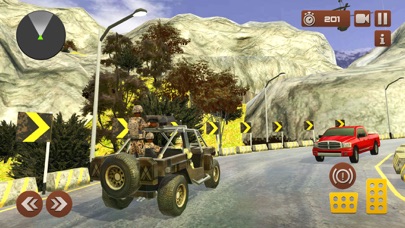 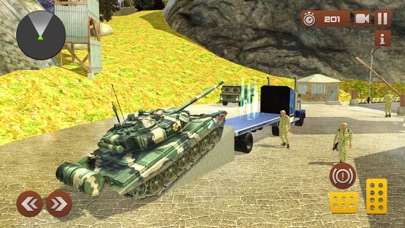