You are a brilliant emerging scientist in the year 2300.
Collect data and DNA of extinct animals to prepare your mission to ReWild the Earth.

In the year 2100 the Earth was damaged by climate change, in 2200 humans moved to an existence in space stations orbiting the Earth. Extincts is set in the year 2300, nature has healed the Earth and is ready for animal life, but no one has noticed. People have built a comfortable life in space and have everything they need but something is missing. Knowledge of biodiversity has been lost.

2. State of the Earth

Old Earth was dry and barren in 2100 but has since repaired. Plants, ice caps and a habitable atmosphere have returned, it is rich and plentiful but there are no animals and although it has regenerated no one seems to notice.

Humans are now living on a series of space arks, which are a string of space stations, that people can travel to and from in small flivvers and space crafts. There are cities within the arks names after the old cities of Earth such as LondArk, SingapArk, NewyArk, MadrArk.

There’s something missing to life but no one can figure out what it is. Humans are eating horrible space grown vegetable called Kedge and grey uber chicken, an overly optimised type of lab grown chicken. The foods are 100% nutritional and also serve as a combustible fuel, however they tastes horrible and bland. Clothes are self washing overalls and AI robots perform all mundane tasks. Art and music is really dry and boring . Humans have all their needs met but there is an emotional connection missing and their subjective needs are not fulfilled.

Obsessed with the 21st century, she wants to figure out why everything went wrong but no one pays attention. It was a tough journey to get to where she is now, none of her colleagues at the Institute For Space and Earth Studies have ever seen the value of her research. She is ambitious but sometimes naive. Born in 2240 to parents who were pioneers in the asteroid mining industry she is following in their adventurous footsteps. She works in an old rusty lab module at the Research Institute with loads of old equipment from the past.

She has built a machine to harness the amazing regenerative powers of a special substance that her parents discovered. She plans to bring back the wonderful creatures of the 21st century to restore biodiversity to the world in a secret mission to ReWild the Earth. But, in order for the machine to work you need to scan DNA samples and data (collectable cards).

Professor V’s cute AI robot assistant. Makes insightful observations about the world that the grown ups have missed. Doesn’t quite understand why humans act the way they do. Even Prof V doesn’t always use the sound advice and can be slightly dismissive.

Is a rugged and slightly dodgy adventurer. He travels to the off limits parts of Old Earth to bring back rare and precious artefacts for cash. Recently he’s got quite a cushy gig working for Prof V and bringing her samples from far flung corners of the Earth for a fee.

Need help? Use our Extincts Walkthrough page or sign up and make your contribution today.

Changes to Brokers trade ship scene to remove all in-app purchases and coins reference so that everyone can complete their collection for free. Bugfixes

Extincts is a free-to-play adventure game developed by Extincts Community Interest Company, and is available for download on both iOS and Android devices. The app is compatible with iOS 10.0 or later on the following devices: iPhone 11 Pro, X, Xs, SE, iPhone 8, 7, 6, iPad Pro and iPad Mini.

Click the button or scan the QR code below to download the latest version of Extincts on iOS. 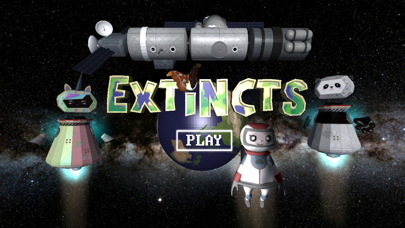 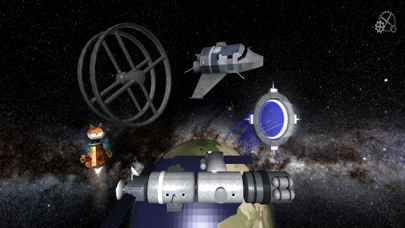 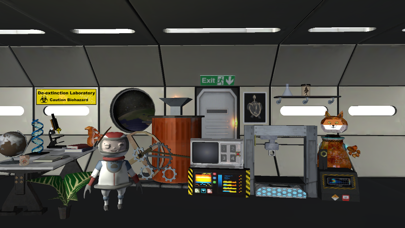 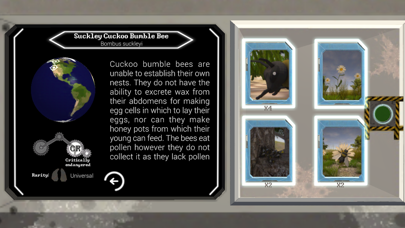