Enter the world of United Legends and defend your country now! Download for free!

United Legends - Defend your Country! is the only game which unites the most awesome, legendary heroes across the history from different countries, and places them on your strike deck, to DEFEND YOUR COUNTRY, in a real-time, PVP, tactic game!
It is our first game - but it is not really a game. If your ancestor's blood runs in you and you take pride in representing your country, it won’t be a game for you as much as it isn’t a game for us.

So, choose your heroes for the battle to defend your castles and represent your country with honor!

United Legends, created by NoGame, is free to download and play, so join us now and prepare for War!

Choose an epic country hero, build an ultimate battle deck to defend your towers, and destroy your enemies to bring glory to your country!

If you want to climb to the top of the leader-board, you have a lot of work to do. You can start by joining a gang, donating and trading cards with your gang members and fight them in friendly battles. It doesn't end there! you must try our special draft tournament mode which enables you to gain gold and diamonds, and don't forget to raid your enemies from time to time, to steal their cards and upgrade your own battle deck.

Features:
- Choose your country, and fight with your ancestral hero(es).
- Earn carts to unlock rewards, collect powerful new cards and upgrade existing ones.
- Destroy opponent's’ towers and win Flags to earn epic National carts.
- Raid your enemies to steal their cards and gold.
- Fight in our special tournament ""Pick 8"" mode to earn additional means for development.
- Join wars between countries and defend your country by winning flags and climb the war leader-board.
- Construct your ultimate Strike Deck to defeat your opponents.
- Progress through multiple Arenas from around the world to increase your rank.
- Donate & trade cards with your gang mates, Challenge them to friendly battles.

Now you are ready to join our awesome real-time multiplayer war game. Unite all your country heroes under your flag, raid your enemies and DEFEND YOUR COUNTRY!

Need help? Use our United Legends Walkthrough page or sign up and make your contribution today.

- Gang Brawl is finally here! It’s time to see who is the best gang in United Legends world!!! Com’on, gather your gang members, recruit the best players you can to be on your side, cause every win counts! One more thing, each member has only 3 matches each brawl, so use them wisely. - New Heroes to spice up the arena! - Bug fixes

United Legends is a free-to-play strategy game developed by NoGame, and is available for download on both iOS and Android devices. The app is compatible with iOS 9.0 or later on the following devices: iPhone 11 Pro, X, Xs, SE, iPhone 8, 7, 6, iPad Pro and iPad Mini. 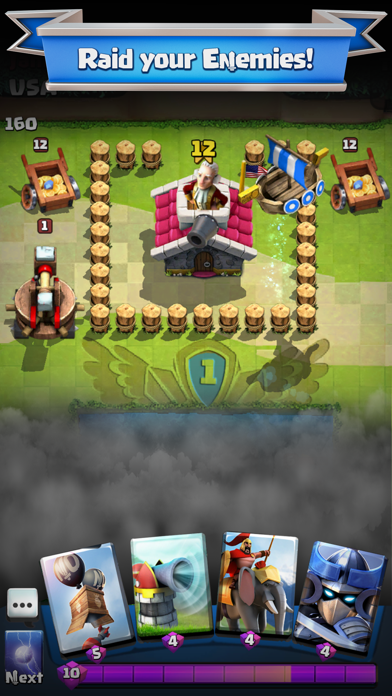 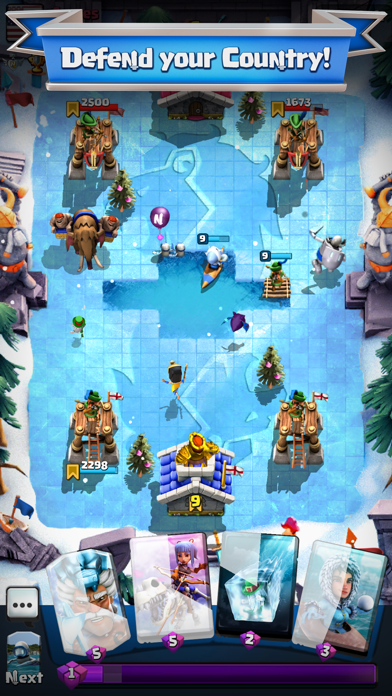 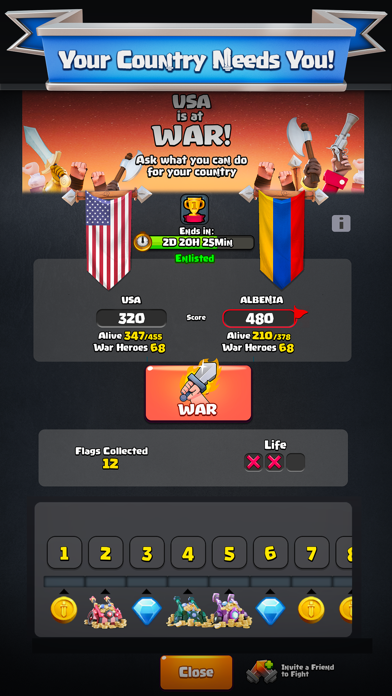 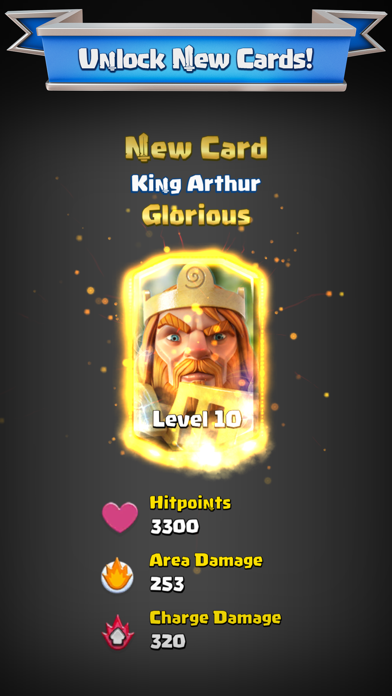 Review: Game is stuck at 65% Well I went in the game and I was just sitting here for like 5 minutes with the loading at 65%

Review: Game is good but needs work Overall I enjoy playing the game but the match making system is terrible as all hell. I’ve had matches...

Review: I like the way u can put ur flag I love it that it gives u the option to put ur flag and it looks cool how the flags...

Review: Meh Game is sort of fun but is quite frustrating. The cards are just too balanced. There is no clear cut...

Review: Fun but all about the money I got a special offer to pay $54.99 for a card upgrade at 41% off the original price. Really?