IMPORTANT: Requires iPhones that are 5.5 inches (6 Plus) or larger, and iPad Mini 2 generation or newer.
ABOUT THIS GAME:

Set on a distant uncharted & hostile planet, where descendants of a crashed colony ship endure the harsh wasteland while hoping for salvation.

However, decades have passed without contact from the fleet and skirmishes between different factions over limited resources have escalated.

A full blown war of conquest looms on the horizon that could risk humanity's fragile existence on this harsh new world.

As the chaos approaches, you take the role as the leader of a rag-tag bunch of scavengers / mercenaries. Your goal is to scavenge, trade, sabotage, hunt, fight and help conquer your way to fame and glory.

Along the journey, you will meet allies that will join in the struggle to survive the wasteland, and perhaps together, you can unravel the mystery on the origins of the colony and change the fate of all those who call this barren world home.

* A world where your choices matters as the factions try to survive and wage wars of conquest.

* A highly dynamic economic simulation ensures not only your actions carry consequences and present new opportunities, but also the actions of various NPCs.

* Competitive gameplay that involves other free roaming NPC scavengers that fulfill the same role as the player. They can trade, scavenge resources, take on missions, and fight hostile raiders or xenos. Competition can be fierce, so beware!

* Recruit and equip your squad with many different weapons, each providing a unique balance and tactical options. Train their combat skills as they gain levels, and specialize them further with a selection of many perks.

* Hunt the xenobeasts on this hostile world and use their skin, carapace, and organs in crafting useful items and armor.

* A sandbox that is also character & story-driven, with an sci-fi story themed on loss, duty and personal responsibility, along with side-quests and random encounters.

I am a solo developer and I lack the resources to support other languages, as such, the game is English only. If you run into issues or want to contact me, I can be reached via email ([email protected]) or twitter (@AH_Phan).

Need help? Use our Nomads of the Fallen Star Walkthrough page or sign up and make your contribution today.

* Fixed a bug with the new redesigned touch interface that could prevent trading. * Fixed a bug when closing menus by touching the [X] icon can change the travel destination for the squad.

About Nomads of the Fallen Star

Nomads of the Fallen Star is a strategy game developed by Anh Huy Phan, and is available for download on both iOS and Android devices. The app is compatible with iOS 11.0 or later on the following devices: iPhone 11 Pro, X, Xs, SE, iPhone 8, 7, 6, iPad Pro and iPad Mini.

Nomads of the Fallen Star Screenshots 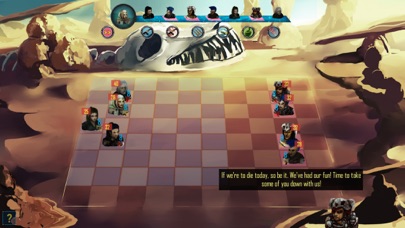 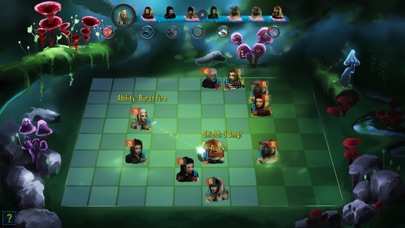 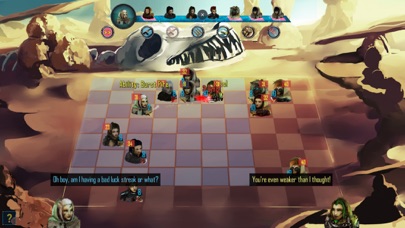 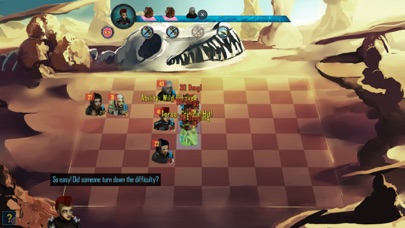 Review: 'Latest update was the charm...' 'Been eyeballing this since release for my iPad Pro 12’9” but was worried about the ui more than complexity. After seeing...

Review: 'Latest update was the charm...' 'Been eyeballing this since release for my iPad Pro 12

Review: Latest update was the charm... Been eyeballing this since release for my iPad Pro 12

Review: Updating to 3 stars for now Responsive dev that brings a premium product to the bleak landscape of iOS deserves this as a start. I will...

Review: 'Not much like it on mobile' 'This is a deep and complex game with a simulated economy and turn based tactical combat, by a solo dev...

Nomads of the Fallen Star Add-Ons

Create New Price Alert for Nomads of the Fallen Star