Forge your own destiny

Discover the Tales of EsperiaA classic RPG with stunning visuals. Embark on a voyage of wonder in enchanted lands.

Non-Stop Perks
The battle doesn’t stop when you log off. Level-up even while you’re AFK, and reap the rewards when you next log on - so you can jump right back into the adventure.

Over 100 Heroes in Seven Factions
Build the ultimate team from a range of heroes and battle your way to the top.

Strategy Is Key
Level-up, equip and build an unbeatable lineup to overcome your enemies in battle.

“When AFK Arena approached me for a partnership, I downloaded the game to see if it was fun and a good fit... the game has since consumed my life. It's literally the first thing I check when I wake up. This is not a joke.” - Markiplier

5. Subscription Cancellation
If you would like to cancel your subscription, go to ‘Settings’ on your iOS device --> ‘iTunes & App Store’ --> tap ‘Apple ID’ and then ‘View Apple ID’. Enter ‘Account Settings’, tap ‘Subscriptions’ --> ‘Manage’ and select the subscription for ‘AFK Arena’ to cancel it.

Need help? Use our AFK Arena Walkthrough page or sign up and make your contribution today.

New Additions and Optimizations 1. Added the adventure "The Depths of Time III" to the Voyage of Wonders feature. 2. Added “The Depths of Time II” to the Wandering Balloon, which can be unlocked by completing Stage 25-20 of the Campaign and by completing 60% of “The Hazy Timberland”. 3. Adjusted the enemy formations in stages 37-49 through to 37-52. 4. Added a new Honorable Rewards Medal feature. Players that exceed within the Legends’ Championship, Fabled Realm and Campaign will be awarded Medals for their efforts. Players can find more details about the rules and their own progression within the feature itself. Players will be able to start acquiring Medals after the results of this Legends Championship Tournament are calculated. 5. Players can spar with their guild mates using the Legends Championship sparring mode. 6. Orthros, Zolrath, Gwyneth, Anoki, Tasi and Nara can now be exchanged at the Legends' Challenger Store, which will be refreshed after the update has been implemented. 7. Players can now sell Dura's Tears within their bags. 8. Added a new feature called “Garrisoned Mercenaries”, that can be unlocked after players complete Stage 6-40 of the campaign. Players can make use of a new item called “Dimensional Stones” to hire long-term mercenary heroes from their friends. 9. Arcane Labyrinth - Fixed an issue preventing the Relic “Rope of Calamity” from working as intended in certain situations. - Strengthened the attributes of several Dismal Maze relics. For specifics please view in-game descriptions. Hero Adjustments and Changes 1. Isabella - The Taken Soul - Optimized the visual effects of Isabella’s animations and increased her character model’s resolution. - Reworked some of Isabella’s abilities. Please view her in-game skill descriptions for specifics. - Reduced the difficulty of stages within the King's Tower and main campaign which include Isabella. - The Bountiful Trials event will be available for Isabella - The Taken Soul. 2. Grezhul - The Corrupted - Fixed an issue that was causing the ability “Shadow Shield” to target the wrong enemy when it exploded and reduced their energy. 3. Thoran - The Fallen King - Optimized the description of the ability “Taint”. Effects remain unchanged. 4. Ezizh - Hellborn - Optimized the description of the ability “Feeble Mind”. Effects remain unchanged. 5. Zolrath - Voidbinder - Fixed an issue that would sometimes cause an abnormal invisibility issue when the ability “Time Rift” was used.

AFK Arena is a free-to-play strategy game developed by Lilith Games, and is available for download on both iOS and Android devices. The app is compatible with iOS 9.0 or later on the following devices: iPhone 11 Pro, X, Xs, SE, iPhone 8, 7, 6, iPad Pro and iPad Mini. 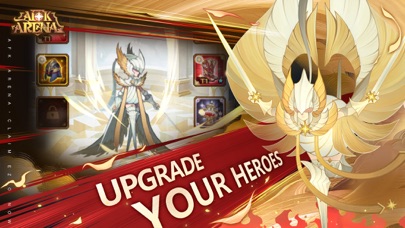 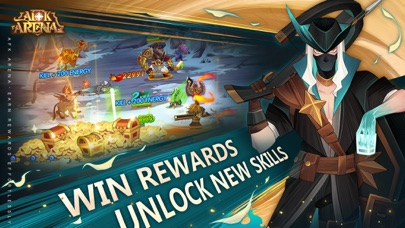 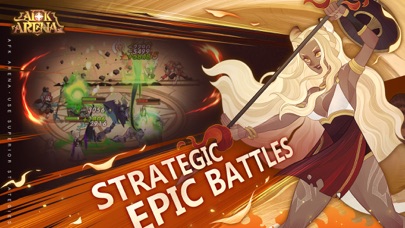 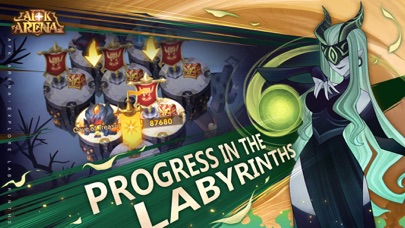 Review: This game is so good 👍 I love this game it's so fun and there is so much to do and so much to collect!

By A girl named vale

Review: Very addicting Each second you play the game you want to keep going and you can’t stop the game is very...

Review: Soul stones Umm it an amazing game but the only problem is the soul stones give horrible hero’s and it is...

By Abiha the great

Review: My writing about why I give this 5 stars This game is so fun and easy to play. I love to play it every day and check on my...

Review: Interesting take on afk game Played for about 2 hours… so far the game is interesting and keeps me want to play more