Brave The Pit is a roguelike RPG with a dungeon exploration type. Pick up items and skills to get to the end of the dungeon.
1. easy to operate and highly challenging roguelike game

It's very simple to use.
Choose a dungeon room, defeat enemies, and acquire weapons, skills, and items to get to the end of the dungeon.
There is a powerful boss waiting for you there.


2. a growth system with a high degree of freedom

You can increase your health, attack and defense by choosing one of the three options that appear each time you defeat an enemy.
Do you create an offensive character or do you create a defensive character? What skills do they have and what equipment do they use to face the enemy?
There is no such thing as a right answer. Let's grow a variety of characters!

Characters have one of the following professions: warrior, thief, priest, and tourist.
Let's take advantage of each feature and capture the dungeon!

4. a dungeon that can be played as many times as you want

The dungeons are randomly generated each time, and the appearance of the bosses changes as well.
The same dungeon will never appear again, and a strategy that worked once may fail the next time.
There is always a new challenge waiting for you!

Official Twitter
https://twitter.com/PaidiaEntGK
Official Site
http://paidia-entertainment.com/BraveThePit/index.html
A highly difficult roguelike game. Build up your choices and get to the end of the dungeon!

Need help? Use our Brave The Pit Walkthrough page or sign up and make your contribution today.

About Brave The Pit

Brave The Pit is an application developed by Paidia Entertainment and released on iOS. The app is compatible with iOS 9.0 or later on the following devices: iPhone 11 Pro, X, Xs, SE, iPhone 8, 7, 6, iPad Pro and iPad Mini. 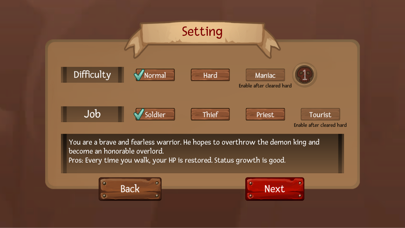 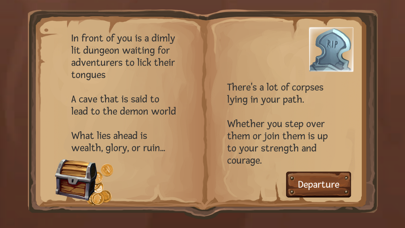 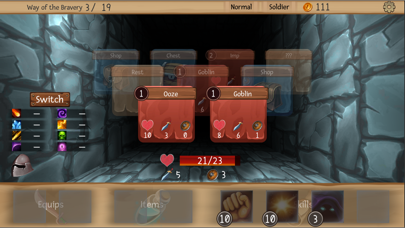 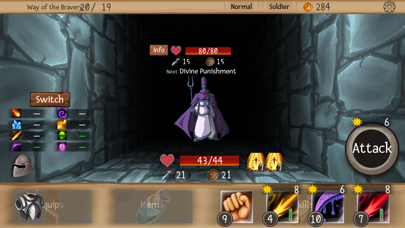