Vichitra Games launches Elections of India a board and turn based strategy game. General elections are at doorsteps in India. Who will get the majority ?User can now play MMO mode starting from this version. In this version user can play on West Bengal, Tamil Nadu, Kerala and Assam Vidhan Sabha state assemblies in MMO (Massively multiplayer online) mode.
Elections of India allows user to play in three types of elections. Municipal Corporation , Vidhan sabha (State assembly) and Lok sabha (Parliament of India).
In Municipal corporation user can play in 12 levels. We have selected 12 most populous Municipal corporations across India.
In Vidhan sabha user can play in 19 levels. We have selected all states of India but some levels are combination of two or more states.
Lok sabha is a biggest level of all and user can play on map of India.
User can select one alliance out of three NDA, UPA and Third Front. The goal of user is to gain control over more than half constituencies. Any alliance who gains control over half constituencies first will win the election.
User need to throw dice then user gets as many actions as dice shows. User can use only these number of actions in that particular turn. Actions could be capture empty territory, Increase power of own territory, reduce power of enemy territory or Increase espionage meter.
Once espionage meter is full then espionage power is executed and user can gain control over enemy territories based on an algorithm. Artificial intelligence also uses espionage power.
Three political alliances are competing to gain more than half of constituencies makes it more challenging and fun to play. User need to maintain balance between all combination of actions to win the game.
So, What are you waiting for? Download election of India for free now and make your political party victorious!

Need help? Use our Elections of India 2019 Walkthrough page or sign up and make your contribution today.

About Elections of India 2019

Elections of India 2019 is a free-to-play, board and strategy game developed by rohit kulkarni, and is available for download on both iOS and Android devices. The app is compatible with iOS 9.0 or later on the following devices: iPhone 11 Pro, X, Xs, SE, iPhone 8, 7, 6, iPad Pro and iPad Mini.

Click the button or scan the QR code below to download the latest version of Elections of India 2019 on iOS. 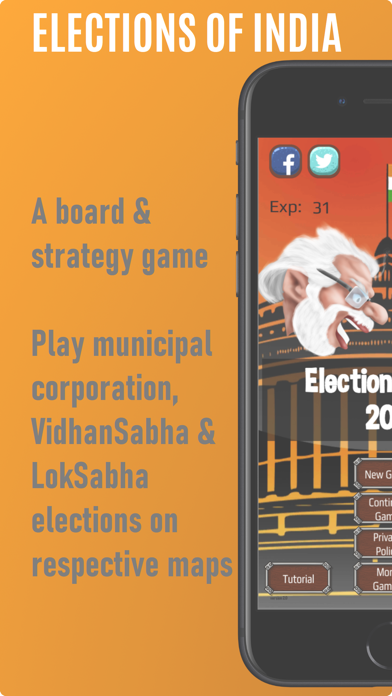 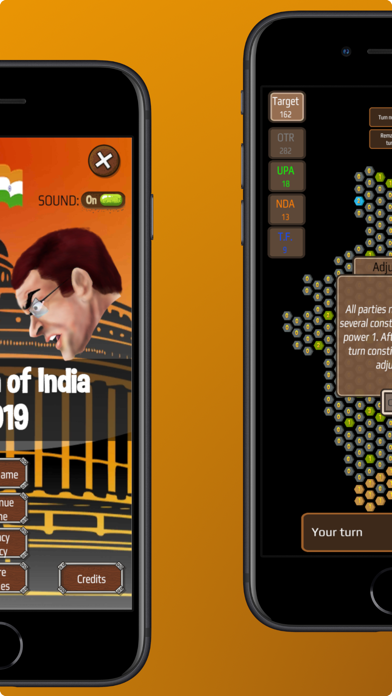 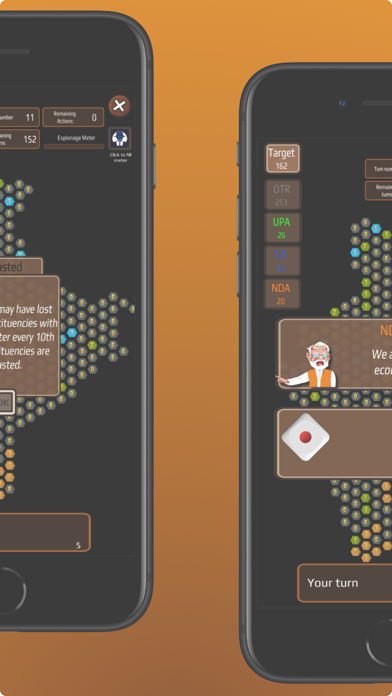 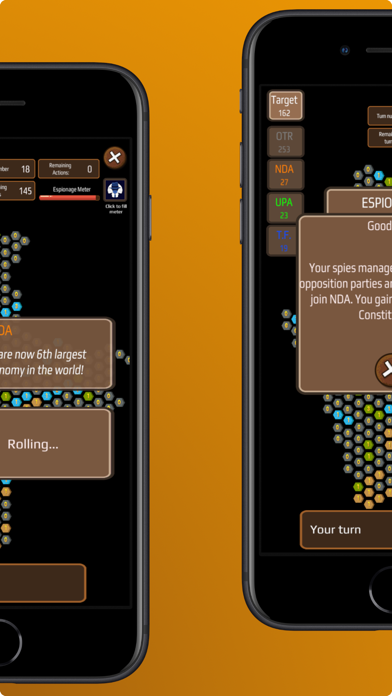