Grim Defender - Castle & Tower Defense
Grim Defender is a fast paced castle defense / tower defense (td) game that requires strategy and skill. You defend against waves of attacking monsters, upgrade your defense and grow stronger and stronger. The dark army is preparing an attack - fight back with powerful crossbows, magic spells, traps, legendaries and modules - send the monsters back to the dungeon where they came from!

Tap the screen to shoot monsters, drag and drop spells on monsters or position powerful traps. Use gold, rubies and darkgold that you collect from monsters to upgrade your defense and weapons! This addicting defense game is praised for its diversity, depth and fun gameplay - enjoy large action loaded battles with hundreds of enemies on the battlefield.

Challenging gameplay through never ending levels and different game modes. Craft and customize your defense as you like. Non-linear defense and upgrade setup, hundreds of viable builds. Freely combine items to build the strongest defense, place explosives, lightning or stasis traps to destroy your enemies or maze up using palisades. Use fire, ice, lightning or pushback spells as well as powerful crossbows combined with modules to stop the dark monsters. Upgrade your bow to shoot stronger arrows, improve your modules to deal more damage, use multishot or have splintershot. Upgrade your castle wall, buy more defense turrets and magic towers or even add an automatic turret to your castle!

Fight your way from easy zombies and skeletons to cannons, palisades and powerful epic boss monsters - can you defeat the ultimate dragon? Kill all monsters and become the greatest warrior in this crazy game!

Dailies, quests and global competitions with other players!

See how other players defend their castle and compete in the global leaderboard! Play dailies and quests. Reach the highest rank in the online competitive leaderboard - have the highest level of all players or become an endless mode machine with the best defender strategy!

Grim Defender does not require an internet connection to be played - play offline from anywhere and whenever you want.

Download now for free (free to play) and become the greatest monster defender in the best action packed wave based castle defense / tower defense game that you have ever played!

We love defense games and made this game with a lot of passion and focus on details! We really hope that you enjoy our work!

Need help? Use our Grim Defender: Castle Defense Walkthrough page or sign up and make your contribution today.

Grim Defender: Castle Defense is a free-to-play, strategy and action game developed by BYTEGHOUL GAMES, and is available for download on both iOS and Android devices. The app is compatible with iOS 8.0 or later on the following devices: iPhone 11 Pro, X, Xs, SE, iPhone 8, 7, 6, iPad Pro and iPad Mini.

Click the button or scan the QR code below to download the latest version of Grim Defender: Castle Defense on iOS. 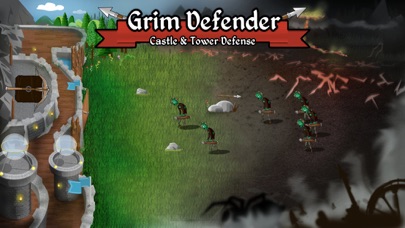 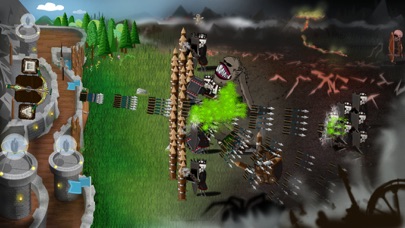 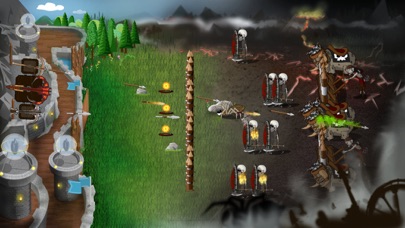 Review: Potion damage Does the bonus damage for a maxed out potion affect all forms of damage, or is it just for arrows?

Review: Top defender This game is the best, addicting

Review: Love the game! I love really this game, leveling up everything and combining different things to see what works is so fun!

Review: Great game In a world full of ads this is a godsend. Thank you for making the ads optional and not forced....

Review: Best game but one glitch Best game ive ever played but every time i finish 10 levels i get kicked out of the game but i...