Draw ramps, then jump them

Build it jump it stunt rider
Draw your ramps then perform spectacular jumps to become the world's best Stunt Rider.

Draw your take off and landing ramps on screen. Simply trace your ramps with your finger on screen, pay particular attention to the slope of the ramp and final take off angle.

2. Go for the Jump, give it some throttle, watch your take off speed.

To become the greatest stunt rider of all time you must first master the art of building the ramps! As the bike flies through the air it is possible to make slight angle adjustment with accelerator and brake buttons. However far more important is the take off angle and bike speed.

Remember to watch your wheel speed on the landing, full throttle or heavy braking and you may snatch defeat from the jaws of victory.

Extra points are awarded for :-

So Grab your helmet, Jump on your motorbike, give it some gas and pull off spectacular jumps. Download Build It, Jump It, Stunt Rider now.

Need help? Use our Build it Jump it Stunt Rider Walkthrough page or sign up and make your contribution today.

About Build it Jump it Stunt Rider

Build it Jump it Stunt Rider is an application developed by Galatic Droids and released on iOS. The app is compatible with iOS 9.0 or later on the following devices: iPhone 11 Pro, X, Xs, SE, iPhone 8, 7, 6, iPad Pro and iPad Mini. 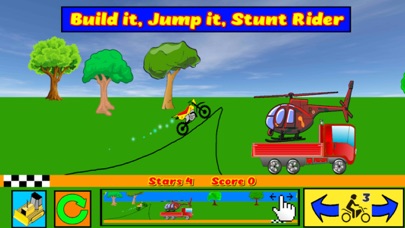 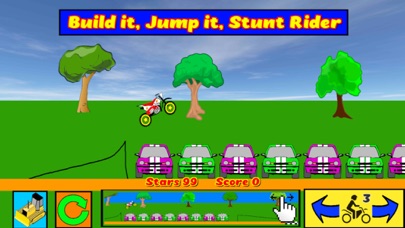 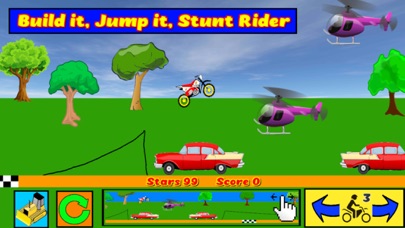 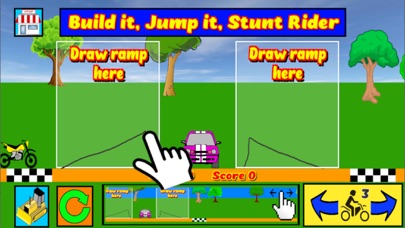