• Devices running the app can be synchronized over the network so each player can view and change the game state from their own personal device.
• Rows are sorted using the initiative order, making it clear who is next.
• Monster abilities report the numbers to use, reducing stat lookup (Range 3 instead of Range -1).
• When a monster is flying, the monster ability card shows the "flying wings" icon for movement rather than the usual "boot".
• Monsters can be marked as "summoned" so you know they should not drop a coin when they die.
• Monster stats are hidden until the monster appears.
• Tracking element infusions prevents forgeting to move the element down.
• Player current and max HP is easily visible to all players.

Need help? Use our Gloomhaven Helper Walkthrough page or sign up and make your contribution today.

Gloomhaven Helper is a board game developed by Mario Zechner, and is available for download on both iOS and Android devices. The app is compatible with iOS 9.0 or later on the following devices: iPhone 11 Pro, X, Xs, SE, iPhone 8, 7, 6, iPad Pro and iPad Mini. 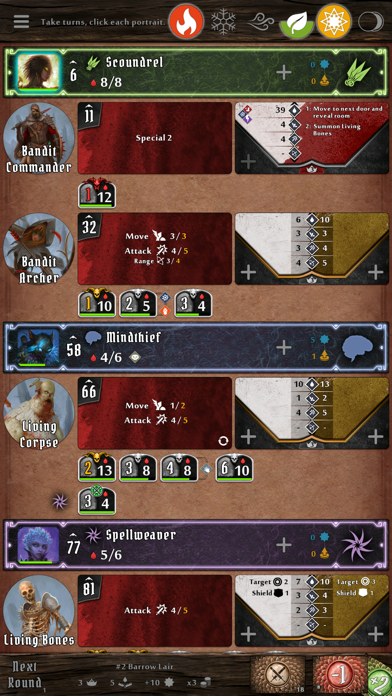 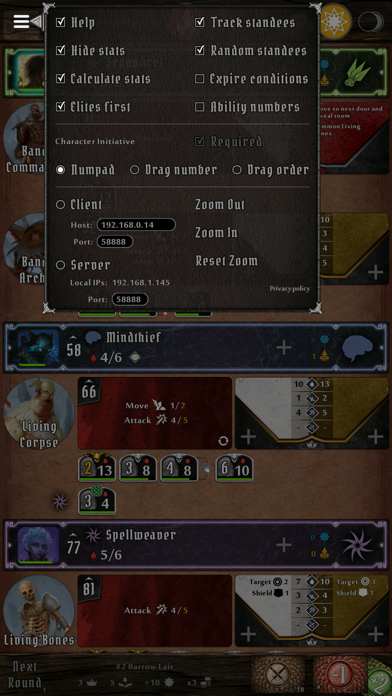 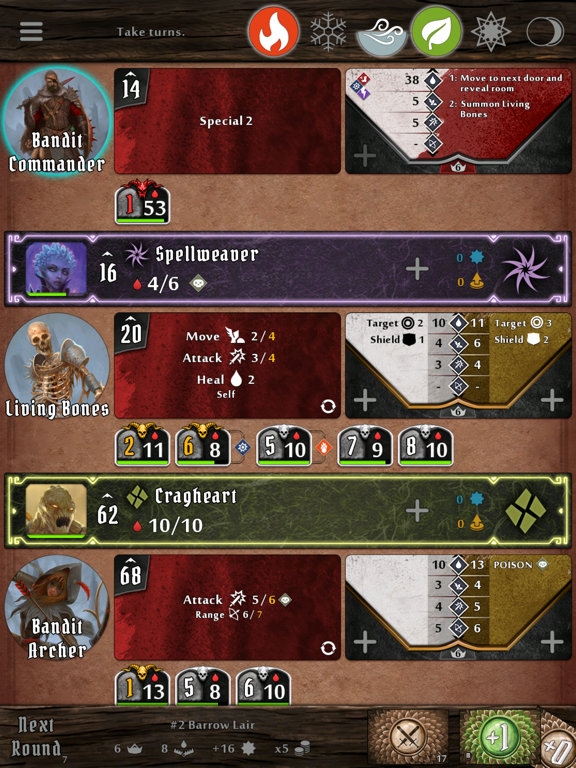 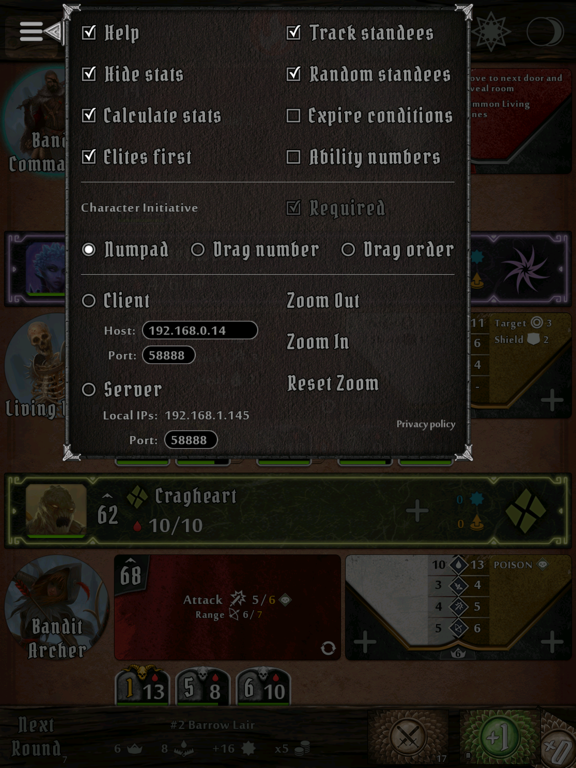 Review: Best Gloomhaven and JoTL app This app and the Attack Deck app by Ross Bayer is all you need to make either game easy to...

Review: Love this app! Thought i would try gloomhaven world by purchasing jaws of the lien. Then I search the store for an app...

Review: 'Very nice' 'Excellent app. Knock down a star for pretty unusable small interface on phone and tiny icons on even iPad. Wish...

Review: 'Great app but data error found' 'Great app! My family including an 8 and 10 year old find it very helpful for managing everything. The kids especially love...

Review: 'Speeds up gameplay' 'This really does speed up gameplay as it eliminates need for so many physical components. \n\nThere is some learning...