Callbreak as played in Nepal.

Callbreak is a variation of the spades card game, as played in South Asian countries like Nepal and India. Call Break is a relatively long-run game played with 52 cards deck between 4 players with 13 cards (thirteen patti) each. Its rules are pretty easy to learn. You can select different card themes and enjoy the game.
The basics
Four players play individually with a pack of 52 cards. There are 5 game rounds in this game, and scorekeeping is done separately for the 5 rounds. In each round, 13 deals are played. In every deal, each player throws one card, so four cards make a deal. Thirteen tricks make a Round. Five rounds make a game of Callbreak.

The gameplay
All of the 52 cards are distributed equally in the counterclockwise direction among four players. Each player gets 13 cards (thirteen patti) each. After the cards are distributed, each player should declare their bid (Call) for the round. The Call means the number of deals that the player insists on winning in that particular round. The Call is made based on the cards in the hands of individual players. Every player must declare their Call between 1 to 8. For every round, you must look at the cards carefully, make a bid for the number of deals you think you can win.

The objective of the game is to break the call/bid made by another player.

After bidding, the dealing starts. The player on the right-hand side of the person who distributed the card throws his card for the first deal. Then the three players throw one card each one by one. The person who throws the next card must try to beat the thrown cards on that deal. Whoever throws the biggest card wins the deal. Subsequently, the winner of each deal throws the first card for the next deal. In every deal, each player must throw the same suit card as the first thrower as well as they must throw a card such that they beat all the previously thrown cards on that deal. If the player does not have the card from the same suite, they must throw a trump/spades card. If someone has already thrown a trump card, the player must throw a higher value of trump card if they have.

After 13 deals are played for the round, scorekeeping is done. The player who has won the highest number of deals after 5 rounds will be the winner.

Features of this Callbreak game:
- The game works offline. You don't need an internet connection to play this free game.
- The interface is simple, and the game rules are easy to understand.
- You can set your own preferences & apply custom settings for sound, game speed, gameplay mode, and more.
- Select from different game themes and card designs.
- Play with simulated bots in single-player mode.
- Multiplayer-like gameplay with bots with avatar and turn-based gameplay.


CallBreak is also called Lakdi or Lakadi in India. Basically, the gameplay matches the game of spades played with thirteen patti, but with a few local variations. We hope you enjoy playing Callbreak.

Need help? Use our Callbreak Classic Walkthrough page or sign up and make your contribution today.

Callbreak Classic is a free-to-play, card and strategy game developed by Yarsa Labs, and is available for download on both iOS and Android devices. The app is compatible with iOS 12.0 or later on the following devices: iPhone 11 Pro, X, Xs, SE, iPhone 8, 7, 6, iPad Pro and iPad Mini. 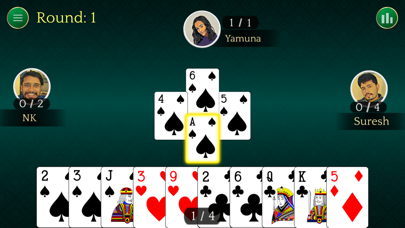 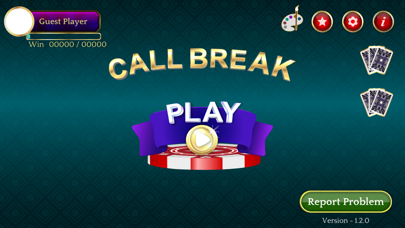 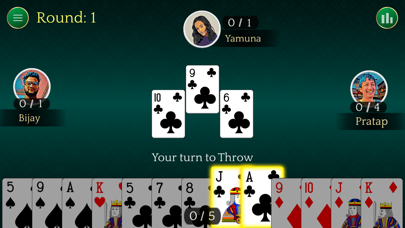 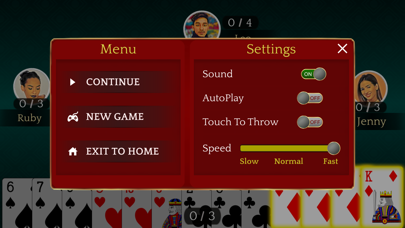