One peaceful day in the future, the Galaxy was attacked by an alien army which come from a strange universe. As a pilot of Special Air Force, you and your comrades have to fight against them and defend the Galaxy. Let’s build your squad and play unlimited battles.
Galaxy Invaders: Alien Shooter is a shooting game with many challenges which you can not see in any game:
- Various type of Alien: Normal Alien, Elite Alien, Mini Boss, Boss - Every type has special behavior and skill. They are all dangerous!
- Exciting Campaign Mode: Campaign levels updated continuously, they are getting harder as you become stronger.
- Many special ships: There’re many special spaceship that you can collect and unlock. Every ship has individual power and skill. One ship is not enough for your progression.
- No Pay to Win: The game is balanced so that you can played and be stronger day by day. No pay to win, but spend a bit could save your time to go further.
- Interesting Endless: Not boring like other endless shooting game, this Endless Mode is different in every match you play. You would not see the same game you had played in Endless Mode.
- Huge Bosses: Best game designers created best alien bosses. They are really challenging with many strange skills. Bullet hell and special attack could make a lot of fun.
- Stunning graphics and unique design with fantasy modernized style.

Choose your spaceship, shoot ‘em up, and protect the Galaxy from Invaders. Call your bros and play together in coming soon Co-op playmode. It’s time for you to fight for freedom.

Need help? Use our Galaxy Invaders: Alien Shooter Walkthrough page or sign up and make your contribution today.

Galaxy Invaders: Alien Shooter is a free-to-play action game developed by ABIGAMES PTE. LTD, and is available for download on both iOS and Android devices. The app is compatible with iOS 10.0 or later on the following devices: iPhone 11 Pro, X, Xs, SE, iPhone 8, 7, 6, iPad Pro and iPad Mini. 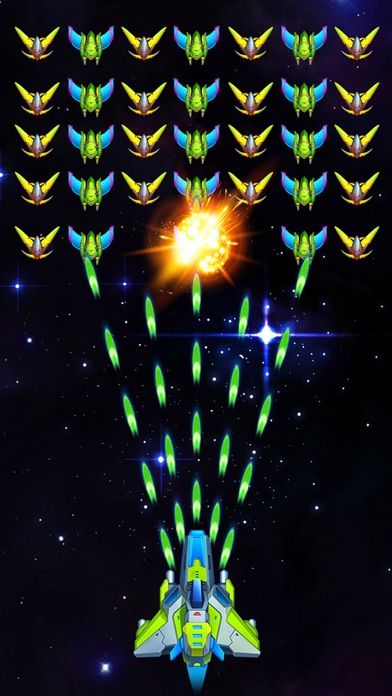 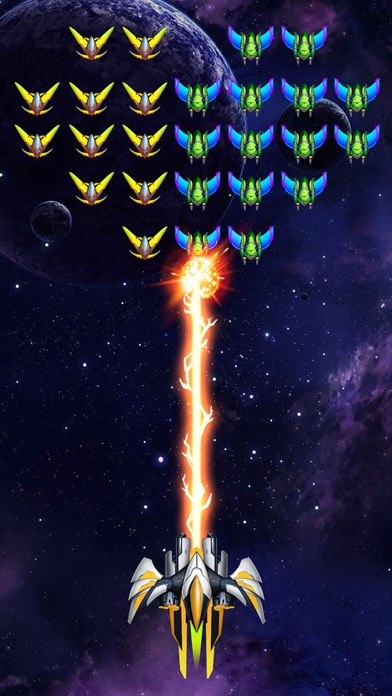 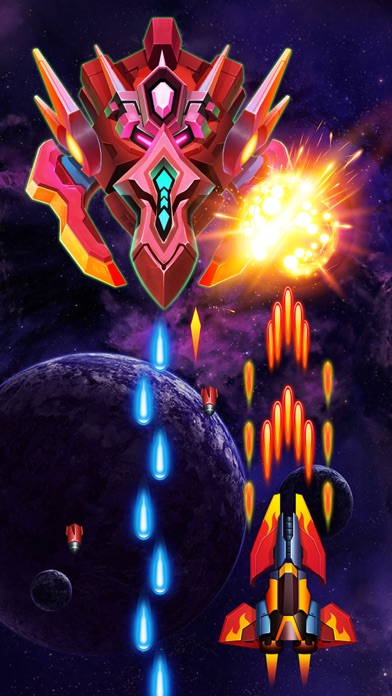 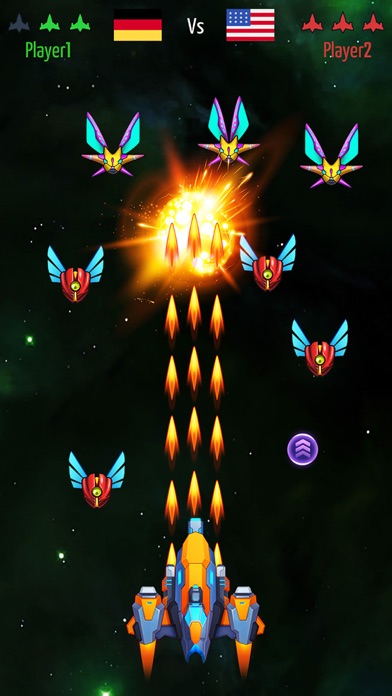 Review: Fun, but… Game play is fun and addicting, but upgrades are almost impossible. It’s actually a bit irritating. There are a...

Review: Galaxy invaders alien shooter It’s a good game and i like the graphics and gameplay i give it five stars it is a...

Review: Way better than Space Invaders Excellent game, you people need to download this game, I can’t explain why, to busy playing Galaxy Invaders, this...

By Chilli Dog for Life

Review: Fun! Even for the incompetent 😅 This game is fun even for those of us that typically lose at arcades. It’s challenging, but just easy...