The Tale of the Sword

One fateful night, when young Jack takes the beautiful Nara for a walk in the woods, his love is kidnapped by the villainous orc Korg. Forced to mount a rescue, Jack plunges into Korg’s underground base, where he happens upon a strange blade that becomes an unlikely ally.
In JackQuest, players will explore the cavernous depths of Korg’s slime-ridden, labyrinthine lair. There, they will solve environmental puzzles, discover power-ups, collect weapons, and challenge subterranean foes, including massive bosses.

Acquire many useful upgrades and power-ups by purchasing them from strategically placed merchants. You'll want to spend your coins wisely and save for more expensive items that can prove to be life savers later on. Gain many powerful weapons such as swords, bow and arrows, and jumping boots. Learn special abilities including wall jumping, lightning speed boosts and using magic crystal power to perform a devastating winding windmill attack!

A mysterious castle, dark creatures threaten our hero again, this time he will prevent the ancient one from destroying everything he knows. To defeat this terrible villain, Jack will again count on the help of his sword.

Enter Dracula's castle, face zombies, ghosts and other terrible creatures. Fight against new bosses and acquire unique artifacts that will help you in the final confrontation, in a place that can be a real maze. Discover a new weapon that will help you break new ground into this terrible villain's quarters. The time has come to end this evil.

Need help? Use our JackQuest Walkthrough page or sign up and make your contribution today.

JackQuest The Dark Castle Update! The forces of evil are at work once again, it's time for Jack and Kuro to face down hordes of dark creatures, in their effort to finally put an end to the evil Dracula.

JackQuest is an adventure game developed by Crescent Moon Games, and is available for download on both iOS and Android devices. The app is compatible with iOS 8.0 or later on the following devices: iPhone 11 Pro, X, Xs, SE, iPhone 8, 7, 6, iPad Pro and iPad Mini. 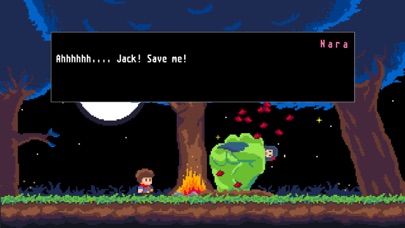 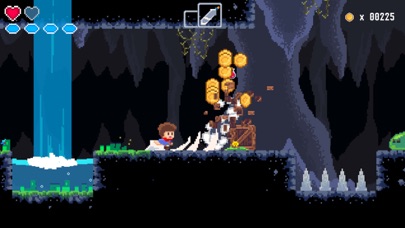 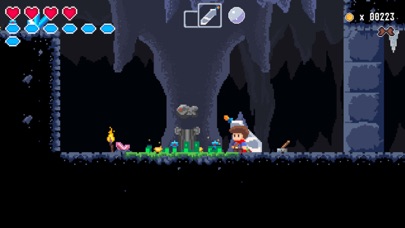 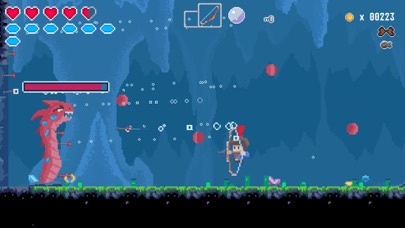 Review: Controls seem to be fixed The developers appear to have fixed the control issue (both the control sizes and responsiveness). Now, the only issue is...

Review: Fun game, difficult controls A pretty fun game however the controls are still very difficult which makes defeating any boss nearby impossible. If you...

Review: 'Love it!' 'This game is awesome! The Developer was kind enough to let me try the beta version before it came out...

Review: 'Well made' 'Controls are a to small and hard to use .... almost unplayable, they need to be larger.\n\nUpdate helped a...

Review: 'A new SNES Classic!' 'This game brought me back to the days of my childhood! It is pixel perfect and gives me that metroidvania...