Make your step to take part in storm battle in our new multiplayer io simulator. Play as a great tornado in our new simulator where in a great storm battle tornadoes are trying to defeat each other. Swallow parts of the city and turn it into one big hole to make your storm bigger, and, when you think, that your tornado is huge enough make a step for a battle with other storms in our new multiplayer io simulator: Storm.io! Engulf trees, cars and everything on your way to turn a city into a big hole and grow your tornado, so it will be able to compete in battle with other storms. Call your friends and compete in our great battle, find out whose storm will be the biggest one in our multiplayer io simulator.
In this simulator, you will play as a storm, but that is not a usual game, here you are in the multiplayer mode, which means that your tornado will have to eliminate weaker storms and run away from stronger ones. Swallow trees, cars, buildings and everything you can see on your way to turn a city into a hole and make your storm stronger. When you think your tornado is big enough just make a step to enter the battle and eliminate everyone you can see, unless you see a storm, which looks bigger than your does. You have a leaderboard on your screen with scores of everyone in this io battle, so you always know which tornado you can swallow and which storm will eliminate you. Share this game with your friends and compete together in our multiplayer battle. Make your step in the top of the leaderboard and eliminate your friends to show them that your storm is able to swallow everything on its way.

Storm.io! Is a free to play io simulator of storm battle. Grow your tornado as fast as you can by engulfing parts of the city and turning it into a hole and make a step to take part in a great io competition where only the biggest storm will win. Earn as many points as you can to become the leader of the scoreboard in this battle and start dominating in this multiplayer battle. Playing with your friends have never been so easy and fun, just connect to one battle and compete in swallowing each other. This io simulator is a great way to spend some of your free time in joy. Download Storm.io! and make your step to greatest io battle ever.

Need help? Use our Storm.io! Walkthrough page or sign up and make your contribution today.

Storm.io! is a free-to-play simulation game developed by Olga Sandakova, and is available for download on both iOS and Android devices. The app is compatible with iOS 9.0 or later on the following devices: iPhone 11 Pro, X, Xs, SE, iPhone 8, 7, 6, iPad Pro and iPad Mini. 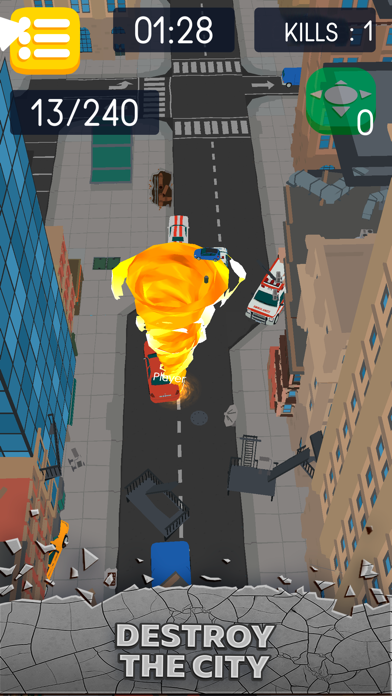 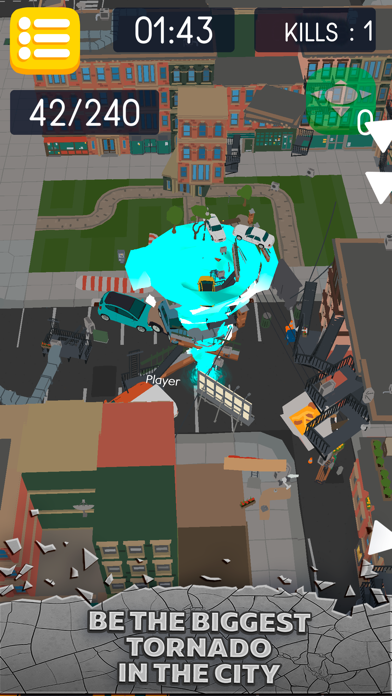 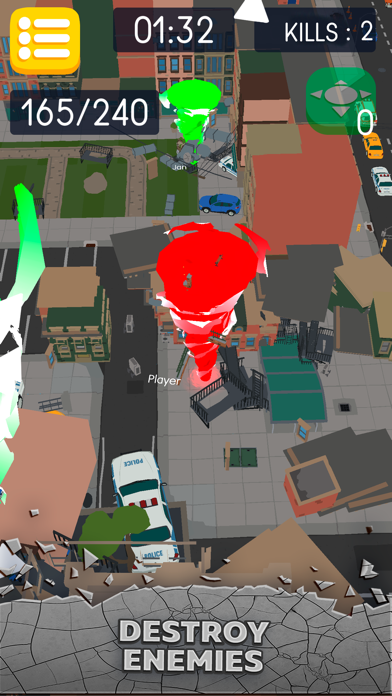 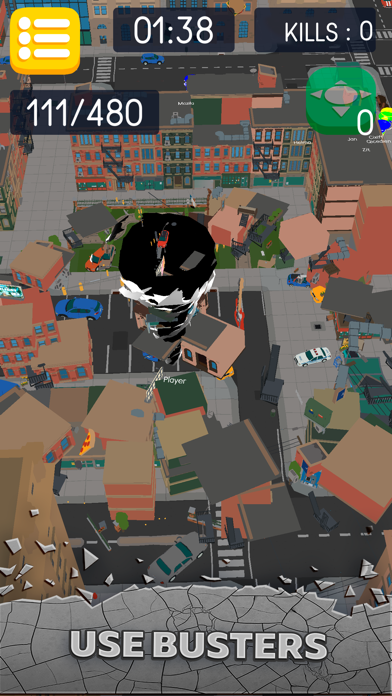 Review: Amazing This game is a stress reliever ?

Review: 'Amazing' 'This game is a stress reliever 😻'