For most coaches, diagraming a play for their team requires some basic tools; a whiteboard, dry erase markers, and some tape to mark foul lines and bases. The coach diagrams the rotations and responsibilities using a different color marker for each player, one at a time. By the time the coach is half way through describing the play, the whiteboard is certainly more colorful but only marginally educational for the players.
InMotion Digital Playbooks revolutionized this process by animating every player's movements on field with the necessary and correct timing. Instead of one at a time, players can learn their responsibilities together and how to support each other in any given scenario. They see and understand that NO ONE stands still.

Our playbooks give coaches the ability to review plays on their desktop computer, share the plays with the team on a large video monitor, or review them on the field with the mobile tablet version. Today, InMotion Digital Playbooks are being used by colleges and youth leagues alike to instruct their coaches as well as their players.

Hundreds of different Infield and outfield rotations covering almost every normal game situation you will find. We include the most excepted rotations for these plays and add in a few options as well.

InMotion Softball Playbook is an application developed by Brian Stranger and released on iOS. The app is compatible with iOS 8.0 or later on the following devices: iPhone 11 Pro, X, Xs, SE, iPhone 8, 7, 6, iPad Pro and iPad Mini. 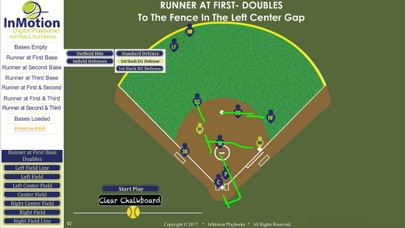 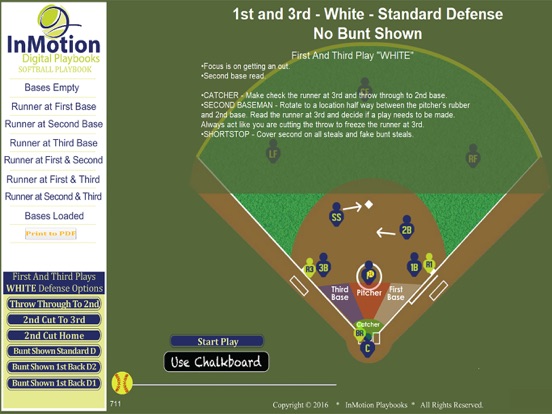 Review: 'Great tool!' 'Thank you for the simulation! It’s a fun and useful off-the-field tool.'

By um hi r we live