RWBY Deckbuilding Game is a new breed of digital card game bringing the characters of RWBY to life. Battle with Ruby, Weiss, Blake, Yang, Jaune, Nora, Pyrrha, or Ren as you upgrade your deck for victory.
No packs or boosters to chase. Each expansion is a complete and unique experience right out of the box.

* Build your deck as you play by buying cards from a shared pool to create powerful synergies and conquer your opponents and powerful in-game bosses.
* Play against the AI or with up to three of your friends in Quick Match or invite only games.
* Unlock Relic Adventure mode which allows players to challenge the AI to defeat the diabolical boss and win the Relic frame version of your cards.
* Purchase Raids that offer players the opportunity to team up with friends or other players to take down mighty villains and earn incredible rewards.

Need help? Use our RWBY Deckbuilding Game Walkthrough page or sign up and make your contribution today.

- New in-game emotes/greetings during matches! - Players should no longer get Quick Match games into a state that has 4 players - Fixes to the Bounty Mission system for additional 7-day completions beyond the first three. - Players can now zoom in on items in their Locker - Relic Adventures no longer keeps your entry fee if the game fails to launch

RWBY Deckbuilding Game is a free-to-play, strategy and card game developed by Rooster Teeth Productions, and is available for download on both iOS and Android devices. The app is compatible with iOS 9.0 or later on the following devices: iPhone 11 Pro, X, Xs, SE, iPhone 8, 7, 6, iPad Pro and iPad Mini. 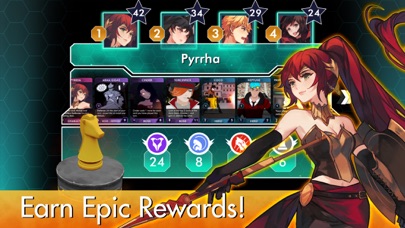 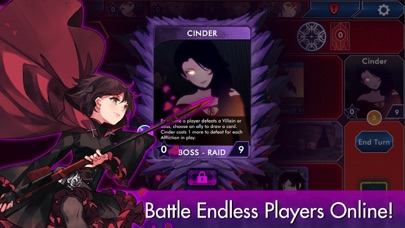 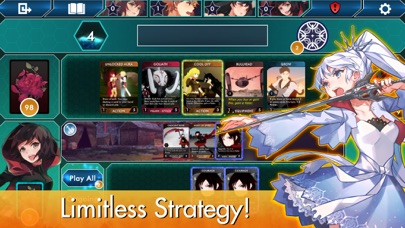 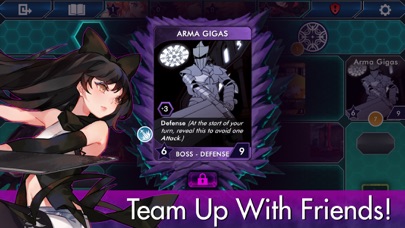