Survival in the Extreme World

【Game introduction】
Distrust is a horror survival SLG game developed by a Siberia team called Cheerdealers. In the game, members of a science team are forced to stay at the Arctic base because of an accidental crash of their helicopter. They need to search for provisions in the base and then escape from it. But in the base, when players fall into deep sleep, aliens will be attracted here to absorb life. The team members try to defend aliens by staying awake, but they gradually become mad with sensory disorder due to lack of sleep and are unable to tell the difference between reality and illusion. Please lead the surviving team members through the randomly generated polar base to face the extreme weather and fight against aliens so as to complete your survival adventure.

Cheerdealers, development team of Distrust, comes from Siberia, who has an advantage in developing polar-themed games. If the player stays outside the house for a long time in the game, there will be a freezing effect on the screen. The development team even invites players to visit the Arctic for real to experience extremely cold weather.

The game is inspired by the classic horror movie—The Thing in 1982 with certain adaption in it. When players fall into sleep, aliens will be attracted to absorb their life, which brings debuff to them. Both sides have their weaknesses.

There are 15 talented expedition members for players to choose from and each of them has unique skills. One shall choose 2 members to start the adventure. The combination and strategy will determine how to survive.

Distrust adopts a Roguelike-style random map that randomly generates a new set of map stages and tasks each time when a new game starts, making the game more random and repeatable. Meanwhile, the game is also designed with four kinds of endings. In some special stages, a player’s choice may determine the final result.


1.As a person from the northeastern part of China, the rendering of low temperatures refreshes my understanding of coldness. ——Draco

2.Generally speaking, this is how the game is played Warm oneself by the fire and break a few locks, hide oneself when encounters an Alien;If the power is out one shall eat chow mein, or wind up mad in the hospital;Even an experienced doctor cannot save you if the San value becomes zero.——Frankenstein

Need help? Use our Distrust Walkthrough page or sign up and make your contribution today.

Distrust is a free-to-play adventure game developed by ä¸­æ‰‹æ¸¸, and is available for download on both iOS and Android devices. The app is compatible with iOS 8.0 or later on the following devices: iPhone 11 Pro, X, Xs, SE, iPhone 8, 7, 6, iPad Pro and iPad Mini. 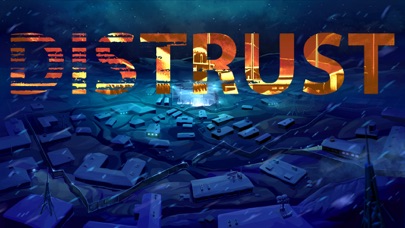 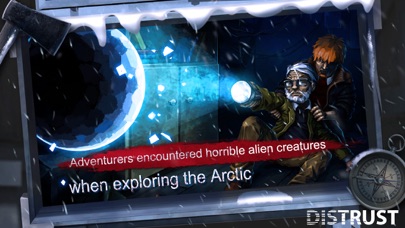 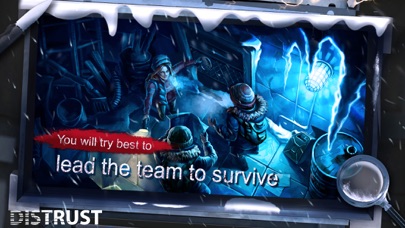 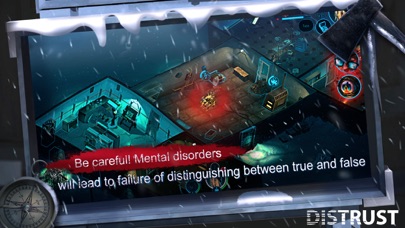 Review: Love it. I love the game the way it is but I wish it was multiplayer but I don’t like how...

Review: Free I love this game I have the demo but I would love if I can get the full game. I...

By The monsta prim

Review: 'Multiplayer' 'I think that there should be a multiplayer, where each persons can control a different person. This would make the...

Review: 'Great game, endless mode Is bugged' 'In endless mode if you get the bomb scenario, after you detonate the gate, it won’t let you go...