Pig Hunters is a modern take on the classic Vietnamese Southern Poker card game: Tien Len Mien Nam (TLMN) / Thirteen - a 13 card strategy game that is guaranteed to bring back nostalgic feelings for players who are familiar with the game.
Play and compete against the best players from all over the world. Or invite your friends and family to the tables and finally settle the debate: who really is the best?! Pig Hunters is an online Tien Len Mien Nam (TLMN) / Thirteen game with many outstanding new features:

+ ‘Ranked Play’ Mode: the first ranking system of its kind! During each season, players will compete for a chance to take home the converted Grandmaster title, and the rewards that come with it.

+ ‘Winner Takes All’ Mode: like the name suggests.. if you’re not first - you’re last! Winner Takes All! This Tien Len Mien Nam game mode is the fastest way to turn rags into riches! Or.. just more rags.

+ Robust Social Network: connect your Facebook account to see how many of your friends are already playing our game! Interact with and meet new players on the world chat channel.

+ Unlock unique items to customize your character: frames, avatars, emoji sets, and special in-game animations! Because sometimes one tomato isn’t enough to show them how you really feel..

Do you have what it takes to become a Grandmaster? Come see what everyone is talking about! Pig Hunters: the hottest new Tien Len Mien Nam (TLMN) strategy card game!

A standard deck of fifty-two playing cards is used. The ranking of the cards from highest to lowest is: 2 A K Q J 10 9 8 7 6 5 4 3. The cards are also ranked based on their suits. The ranking from highest to lowest is: Hearts, Diamonds, Clubs, Spades. The “2”s which are also known as Pigs, are the highest ranked cards with the 2 of hearts being the highest.

Tien Len Mien Nam (TLMN) / Thirteen is a timeless classic that has been played by many generations and is very popular among poker game lovers. If you love strategy card games that require skill to master, then this game is for you! It's easy to learn, and very fun to play!

Need help? Use our Pig Hunter Walkthrough page or sign up and make your contribution today.

- Bug fixes and other improvements Thank you for playing Pig Hunters!

Pig Hunter - Tien Len/Thirteen is a free-to-play card game developed by Pitaya Group, Inc, The, and is available for download on both iOS and Android devices. The app is compatible with iOS 10.0 or later on the following devices: iPhone 11 Pro, X, Xs, SE, iPhone 8, 7, 6, iPad Pro and iPad Mini. 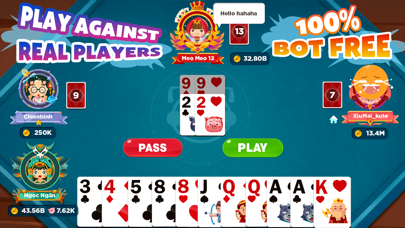 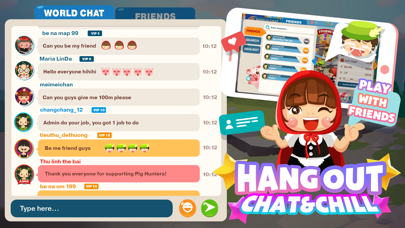 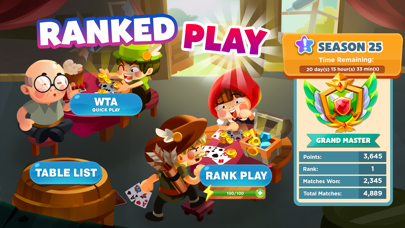 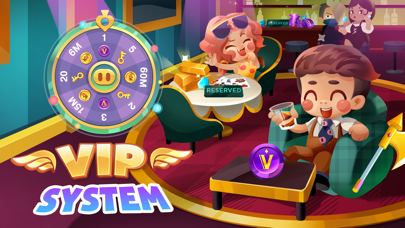 Review: 'Question' 'How do i add someone as a friend?'

Review: 'Will there be promotion for points?' 'This game is fun, I’d like to know if there will be a promotion day where we can buy...

Review: 'Nice and fun game' 'This game is great fun! Would be nice if we can customize the table background. The rank point system seems...