choices from your thrones

Game of Kings: the medieval strategy and turn based RPG where every choice has a consequence!
The King is dead! Long live the King!

Majesty, with regret, I have to inform you that the King has died. Now it is your turn to sit on the throne and lead the kingdom. Can you keep your dynasty alive?

Age of Dynasties is a game set in the Middle Ages, from 476 to 1492 AD, in which you have to rule over your kingdom. Different rulers will occupy the throne in your stronghold and each will have their merits and their manias. Sometimes you'll have to make decisions while playing the role of an insane king, sometimes a wise king like the legendary King Arthur.

Year after year you'll have to play the role of decision maker to maintain the stability of the kingdom.

Will you succeed in obtaining the loyalty of the vassal states and putting down the rebellions that want to depose the rulers of your dynasty? Will you be able to prevent war and famine from decimating your subjects?

Whatever you decide will have implications and consequences. In this choices game you have to plan your moves wisely!

Age of Dynasties is a turn based strategy game with a combination of role-playing elements: tactical rpg, intrigue, simulation and adventure.

Take command in this turn based rpg, your Majesty, and measure yourself against the burdens and honours that will lead you on to greatness:
- Satisfy the demands of your subjects to keep the peace in the kingdom and put yourself to the test through a series of historical events, dynamically connected to each other.
- Choose the advisors of the round table with strategy: like King Arthur, surround yourself with trustworthy and capable knights like Sir Lancelot or Sir Galahad, and entrust your judgment to their valuable advice
- Collect iron, build swords and armor and guide the crusader kings against your enemies
- Discover new content and face new challenges in every game: with over 4,000 rounds of this medieval game of strategy you can enjoy many hours of fun back in the Middle Ages and different reigns.
- Within this turn based RPG, you have to make choices, accumulate resources, and issue real decrees during each turn of the game. But remember that within this medieval game this will all have an impact on the longevity and the future of the king currently sitting on the throne.
- Manage thorny political issues and the intricate interpersonal relationships between the members of the council and the royal family in a medieval europe.
- Lead battles like a real leader, use strategy and tactics to plan your army's moves and win the war against all reigns in this turn based strategy game.
- Tactical manage at best the Kings and Queens who will sit on the throne
- Build a magnificent castle in your Camelot, make alliances with sultans and emeperors, enlist the help of advisors and become the undisputed master of your dynasty!

The age of kings began, are you ready to wear the crown and rewrite the history of the Middle Ages in this Game of Kings?

Age of Dynasties is not simply a medieval simulator but a new experience where strategy and tactical RPG mix perfectly. This turn based strategy game is completely free, also works offline and is available in 10 languages: English, Spanish, French, Portuguese, German, Russian, Italian, Japanese, Turkish, Chinese.

Need help? Use our Medieval Dynasty Game of Kings Walkthrough page or sign up and make your contribution today.

New in v.2.0.3: The Burden of the Crown This expansion introduces the concept of game acts, along with new management and strategic features: - Cities and buildings - Armies and Battles - Factions and diplomacy - Functionaries and roles - Technology and discoveries - Bug fixing

About Medieval Dynasty Game of Kings

Medieval Dynasty Game of Kings is a free-to-play strategy game developed by Andrea Testa, and is available for download on both iOS and Android devices. The app is compatible with iOS 9.0 or later on the following devices: iPhone 11 Pro, X, Xs, SE, iPhone 8, 7, 6, iPad Pro and iPad Mini. 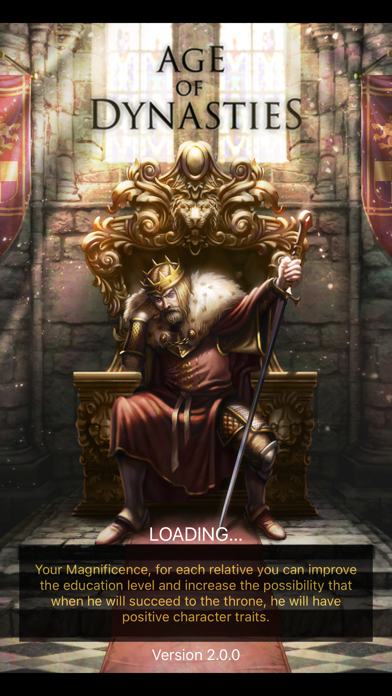 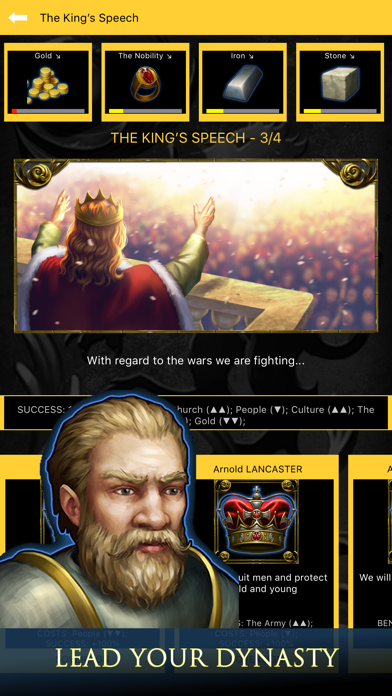 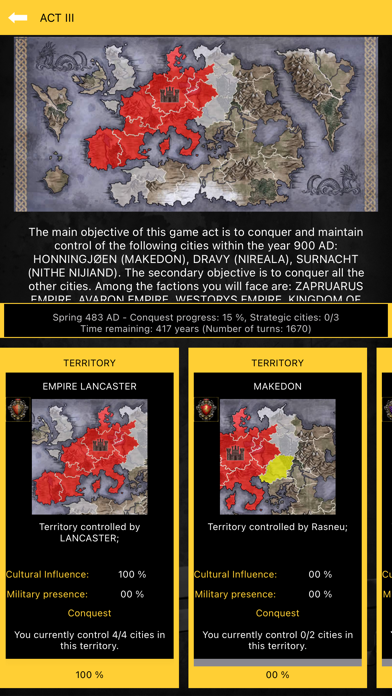 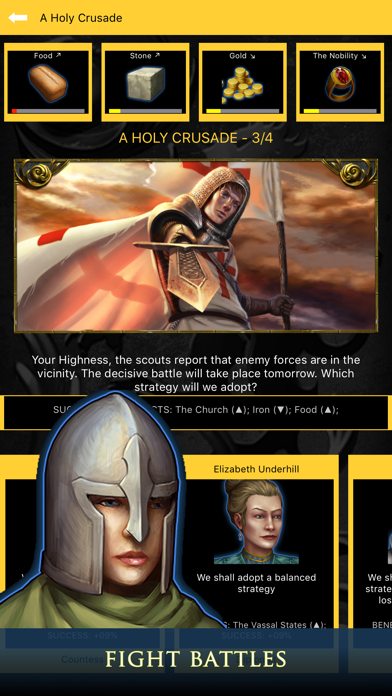 Review: Fun but crashy. Very challenging and fun medieval game. You really need to be aware of how you are managing your long-game/strategy...

Review: Mad real mad How do u get married please will u explain because if I knew how to do that I would rate...

Review: Potential Has so much more it could do but the game as of right now is unplayable at the end ur...

Review: Improving Its fun and getting better, but you need to fix the bug where everything freezes every time there is an...

By Sir Fox number one