Play Sudoku free today! Sudoku is the classic challenging logic game of numbers. Write 1-9 in every square without having the same number in the same two rows or columns.
Train your brain every day and become a math master by playing free Sudoku!

Features of Sudoku by Block Puzzle Games:
- TONS of puzzles, all free!
- 4 difficulty modes: Easy, Medium, Hard, Expert
- Hints for when you're stuck
- Pencil to mark numbers in squares. If a square can be a 7 or a 2, pencil them both in for later!
- Erase mistakes!
- Game highlights all the numbers on the board that are the same as the one you click on. Solve puzzles faster!
- Play without wifi
- Save your progress automatically and continue your game later!

Need help? Use our Sudoku∘ Walkthrough page or sign up and make your contribution today.

Sudoku∘ is a free-to-play strategy game developed by Block Puzzle Games, and is available for download on both iOS and Android devices. The app is compatible with iOS 10.0 or later on the following devices: iPhone 11 Pro, X, Xs, SE, iPhone 8, 7, 6, iPad Pro and iPad Mini. 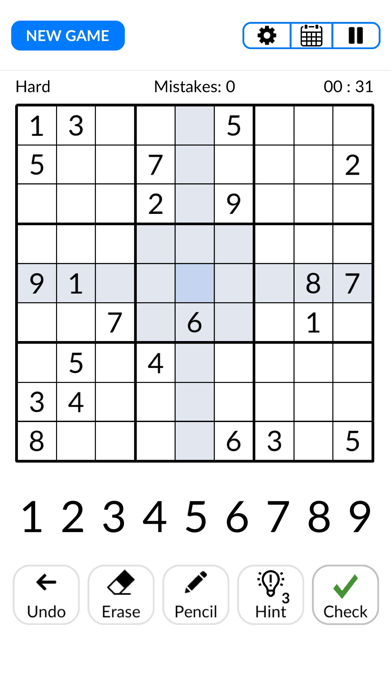 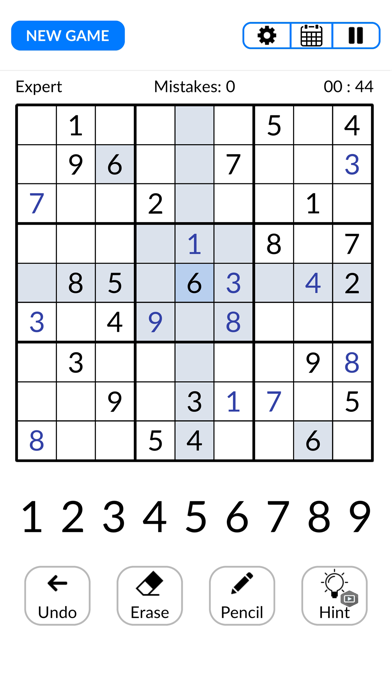 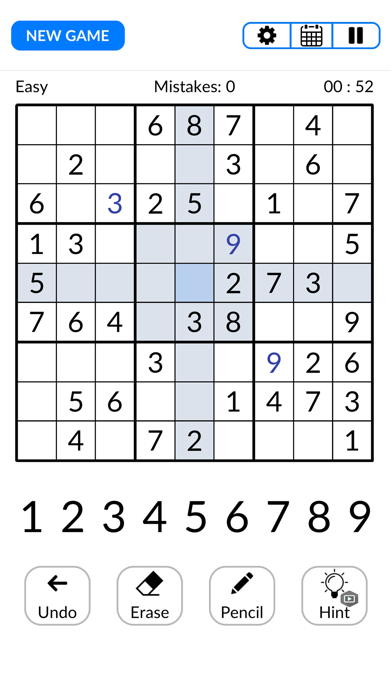 Review: Fun Game!!! Fun game, like the difficulty. I just started so the hints definitely help.The more you play the harder it...

Review: Sudoku Review Enjoy the challenge that your game provides. A good way to focus on solving a problem. Thanks.

Review: Great Does everything I want sudoku to do.