You are on an orbital platform that assembles spaceships. All was going well until a deadly virus struck and wiped out the entire staff, except you.
The computer has quarantined the station and is venting the oxygen. To survive you must escape, or will you die trying?

Assembly is an easy to learn, fast and addictive brain-burning puzzler. There's multiple difficulty levels and add-ons bring in new, fresh challenges making Assembly an eminently replayable game that can suit everyone.

Assembly is based on the popular tabletop card game Assembly, successfully funded on Kickstarter in June 2018.

Need help? Use our Assembly Card Game Walkthrough page or sign up and make your contribution today.

- Major bug fixed that allowed a token to move onto a locked bay if only one token was on the board. - Optimisations to file size, app stability and app speed.

Assembly Card Game is a board game developed by Wren Games, and is available for download on both iOS and Android devices. The app is compatible with iOS 10.0 or later on the following devices: iPhone 11 Pro, X, Xs, SE, iPhone 8, 7, 6, iPad Pro and iPad Mini. 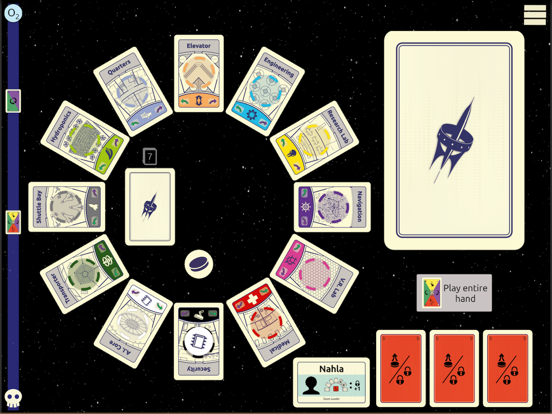 Review: Fun game, app could be better Desperately needs an undo button for when you pick the wrong card but haven’t yet changed the game state....

Review: 'Quick and fun' 'Interesting solitaire game. Usually comes down to the wire.'

Review: Nice implementation - Not full base game yet I received my physical game and bought this immediately. It plays well but does not have and Malfunction cards yet....