Fight against alien invaders on a space rover in Beta-4 system!
The action of this pixel game takes place in the future, when people began to colonize space. Everything went well until a distress signal was received from the distant planets of the Beta-4 system. Find out what happened to the human colonies and save the survivors!

Explore all the planets of a distant galaxy on your rover, conquer the lack of roads and fight off the monsters and mutants who captured the peaceful colonists. This will help you Professor Lee. He will bring up to date and help pump the transport in the hangar. Want an adventure? Want to play with cars in space? Or you like pixel-art games. Then this game is for you!

Features of the game Colony of Death:
- An exciting story. Find out what happened to the colonists and where the alien zombies came from.
- A variety of levels. All planets have different climatic conditions and different types of coverage and obstacles.
- 7 incredible cars: jeeps, moon rovers, 6 or even 8 wheeled monsters to conquer alien hills and battles with strangers.
- Cool upgrades. Install upgrades on your transport in the hangar: engine, transmission, suspension, tires, batteries, guns, menacing spikes, jet accelerators, etc.
- A lot of enemies. Alien zombies and mutants. Give them a fight!
- Realistic driving physics. Each rover has its own characteristics. Each planet has a unique landscape, coverage and gravity. Knowledge of physics will be useful!
- Destructible environment.
- Unique 2D graphics. Enjoy the pixel art style.

Colonists will not wait forever, they need to be saved! Stop the apocalypse of dead colony! Teleport to the space port and get ready for a breathtaking, realistic ride through the hills and caves on distant planets and to the battle with the crowds of monsters. Earn credits and die time after time until you reach the end.

Need help? Use our Colony of Death: Rover Rush Walkthrough page or sign up and make your contribution today.

- Fuel is consumed only when you press the gas pedal. Release the gas in the air and down the hills, then there will be enough fuel. - Lower difficulty for first levels - Localization fixes

About Colony of Death: Rover Rush

Colony of Death: Rover Rush is a free-to-play, action and racing game developed by Vasily Kireev, and is available for download on both iOS and Android devices. The app is compatible with iOS 9.0 or later on the following devices: iPhone 11 Pro, X, Xs, SE, iPhone 8, 7, 6, iPad Pro and iPad Mini. 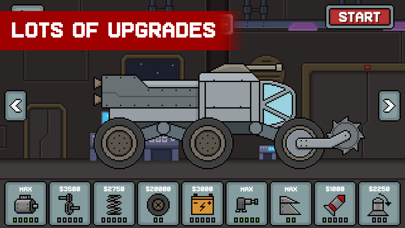 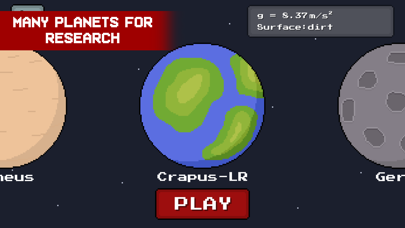 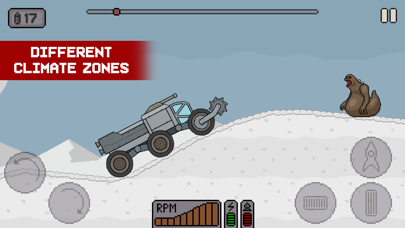 Review: Earn To Die Ripoff, but better? I expected this to be a crappy ETD ripoff but little details like the planet’s gravity amounts and others...

Review: Retro-futuristic earn to die Iike Earn to Die but with cuter graphics and a better gas gauge

Review: D It’s a good game but it’s so hard

Review: Do this next update Make it to where you are you start where are you left off and go from there seeIf you can...

Review: Hey The game is very good it’s pretty easy but it gets boring after you Finnish all the levels I...

By less adds pls &thank you