The Battle of Gettysburg was fought from 1st to 3rd July 1863, in Pennsylvania. The battle resulted the largest number of casualties in any battle of the entire war, and was the turning point of the American Civil War. Over three days General George Meade's Army of the Potomac defeated the Confederate army of General Robert E. Lee's, ending Confederate attempts to invade the North.
The first day ended with the Confederates in control of the town of Gettysburg but they had failed to push on to take the high ground. Day two was a day of a series of actions at both ends of the battlefield at Culp's Hill and Little Round Top. Day three ended with the disaster of Pickett's Charge.

The game also covers other of smaller engagements in the run up to the greatest battle of the war.

Need help? Use our Civil War: Gettysburg Walkthrough page or sign up and make your contribution today.

Civil War: Gettysburg is a strategy game developed by Hunted Cow Studios, and is available for download on both iOS and Android devices. The app is compatible with iOS 11.4 or later on the following devices: iPhone 11 Pro, X, Xs, SE, iPhone 8, 7, 6, iPad Pro and iPad Mini. 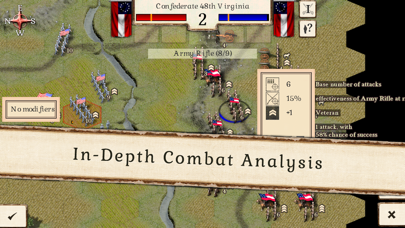 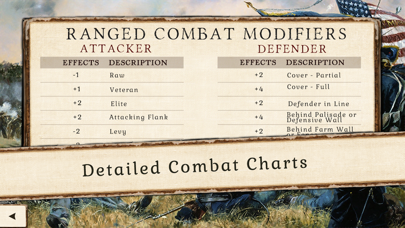 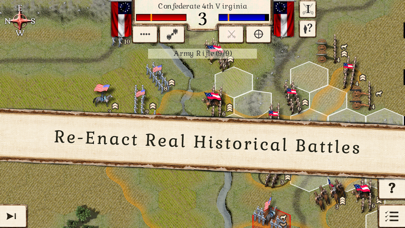 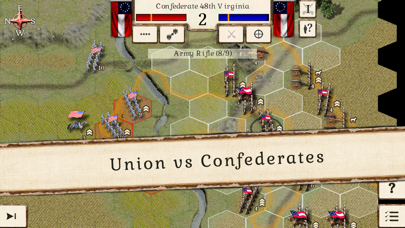 Review: One sided If you play on the union side you’ll probably like this game because it’s almost impossible to get...

Review: Disappointing I’ve been a fan of Hunted Cow but this game has problems. I played the whole battle and it...

Review: No pass and play option Great game love the American civil war and love your games but you mean to tell me that you charged...

Review: Still needs some tweaking I've played the full campaign scenario twice, both times as the Federals and would have won both games except for...

Review: Better now Yes, victory conditions are still a bit obtuse, but I know when I've won or not With the new patch...