Welcome to the frontier.

You are the captain of a starship venturing through a massive open universe. Customize your crew and take command at the helm of your very own ship as you explore a galaxy torn apart by internal strife, alien threats, and political intrigue.
Command your ship and crew as a space pirate, merchant, bounty hunter, and more in Star Traders: Frontiers – an epic space RPG from Trese Brothers Games. Venture forth into a massive open universe, rich with adventure and the lore of the Star Traders. Choose your path by assembling and commanding your custom crew and spaceship in a constantly evolving galaxy torn by internal strife, political intrigue, and alien threats. Will you fly as a pirate terrorizing shipping lanes, join the solar wars as a military captain, or track targets across the stars as a fearsome bounty hunter?

- Explore a rich, open universe: Discover endless procedurally-generated galactic maps, meet unique characters, and take on enemies to conquer the galaxy!
- Become an intergalactic captain: Take on the role of a spy, smuggler, explorer, pirate, merchant, bounty hunter, and more (26 jobs total)!
- Customize your own spaceship: Choose from more than 350 upgrades and 45 ship hulls to build your very own vessel to venture across the vast reaches of space.
- Assemble and tailor a loyal crew: Assign talents and equip specialized gear for every spaceship crew member.
- Experience an ever-changing narrative: Decide to make friends or foes with other factions and influence political, economic, and personal vendettas.
- Mold the crew by your choices: As you make decisions and set the tone for your ship, your crew will grow and change to match. Destroy enemy ships with all hands on deck and your crew will become more bloodthirsty and savage. Explore distant worlds and loot dangerous wastelands and your crew will become intrepid and clever ... or scarred and half-mad.
- Varied Difficulty Options! play with save slots to try out different builds or storylines or turn on character permadeath and enjoy classic roguelike experience
- Achievement Unlocks: accomplish story and challenge goals to unlock additional optional (but not better) content like new starting ships and new starting contacts

First there was the Exodus – when survivors of a great war left the ruins of the Galactic Core behind in search of a new home in the stars. Scattered worlds were claimed on the fringe of the galaxy. Each pocket of survivors held on to an isolated set of worlds while trying to rebuild under the great law of Shalun. Three centuries later, technology has brought them back together again. Discovery of the hyperwarp has bridged what was once an unimaginable distance between far-flung colonies, long-lost families, and political factions.

With that reunification has come great economic prosperity. The hyperwarp reestablished the transportation of cargo, goods, and technologies between the quadrants – but it has also brought great strife. Political rivalries have been rekindled, blood has been shed in age-old feuds, and the fires of war have been stoked. Amidst the political infighting, a ruthless revolution is rising – and the fervent explorers of the hyperwarp have awoken something that was better left asleep.

Our very first game, Star Traders RPG, took hundreds of thousands of gamers on an interstellar adventure. Star Traders’ success and overwhelmingly positive reception helped to launch Trese Brothers Games. It was the adventures of our community’s star-crossed captains that put us on a trajectory to share more of our worlds, ideas, and dreams.

We set out to capture the loneliness, bravery, and camaraderie of people living together in a spaceship sailing across the stars. It is with great pride that after releasing four other games in the Star Traders universe, we’ve created a sequel to the original Star Traders RPG.

Step onto the bridge of your starship, take to the stars, and create your own story in Star Traders: Frontiers.

Need help? Use our Star Traders: Frontiers Walkthrough page or sign up and make your contribution today.

Star Traders: Frontiers is a strategy game developed by Trese Brothers, and is available for download on both iOS and Android devices. The app is compatible with iOS 12.1 or later on the following devices: iPhone 11 Pro, X, Xs, SE, iPhone 8, 7, 6, iPad Pro and iPad Mini.

Click the button or scan the QR code below to download the latest version of Star Traders: Frontiers on iOS. 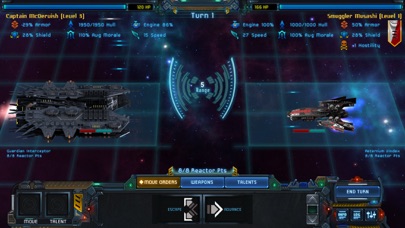 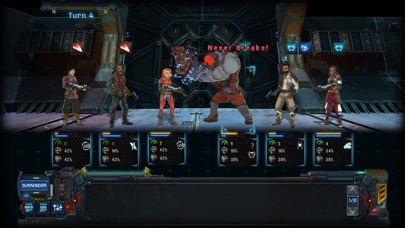 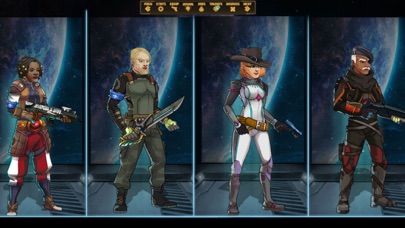 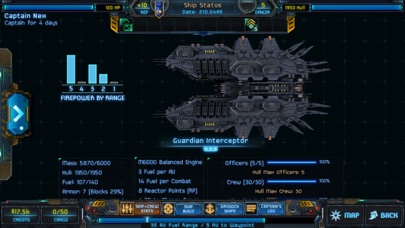 Review: Amazing Space sim RPG This is an amazing game that I play on here and Steam. Do yourself a favor and pick up Star...

Review: Fun mobile game but incomplete When you get to mid game there is no mechanism for purchasing bombers or interdictors on the mobile platform. Guides...

Review: Really awesome game except for... Folks I love the game. Everything about it. Except that there is no cloud save. I’d like to be...

Review: Brilliant One of the best games I've ever played, on any platform, in 20 years.