--Introduction--Welcome to Sea Game.
This is a Real Time Multiplayer Strategy game. You are entering a parallel world that mirrors our own during World War II. Begin from nothing, become stronger and stop the evil project Final Medusa. It is up to you to assist your allies or eliminate other potential enemies. On this maritime planet, upgrade your Megacarriers to rule the ocean. Cooperate with or fight against millions of players worldwide of your own free will. It's time for you to write the new history!

--Background--
In another parallel universe, World War II lasted until the late 1960s. Although the enemies kept losing battles, they fought desperately. They found the ruins of Atlantis choke full of highly advanced technology in the Atlantic and it gave them the power to alter space and time. They decided to use this power to eliminate anyone who stood in their way, and therefore, they launched project Final Medusa. They sent a secret faction to escape from the earth using the space technology found in the ruins to retain their strength and save the day. Fortunately, the Allies intercepted and captured some of their troops. To stop the enemy’s evil plan, the Allies sent elite troops to hunt down the remaining enemies, but in the face of such powerful technology, the oath between the Allies is on the verge of collapse. Friends or enemies, it is time for you to rewrite the history!

--Highlights--
- Extraordinary 3D graphics in a familiar American cartoon style.
- Created with the NextGen engine, bringing you epic ocean warfare.
- Real-time global synchronization technology allows you to play with other players across the world. Each and every command from you impacts the entire world.
- Adaptive battle system allows up to 100 v.s. 100 battle with no crashes or lags.
- Innovative Boss fight system allows anyone to join the battle anytime before the boss dies. Bosses are not exclusive challenges for high-level players anymore.
- Multiple powerful Megacarriers are waiting for your orders.
- Customize your fleets with different carriers, destroyers, and submarines, each suited to a specific purpose.

Need help? Use our Sea Game: Mega Carrier Walkthrough page or sign up and make your contribution today.

Sea Game: Mega Carrier is a free-to-play, simulation and strategy game developed by TAP4FUN (HONGKONG) LIMITED, and is available for download on both iOS and Android devices. The app is compatible with iOS 8.0 or later on the following devices: iPhone 11 Pro, X, Xs, SE, iPhone 8, 7, 6, iPad Pro and iPad Mini. 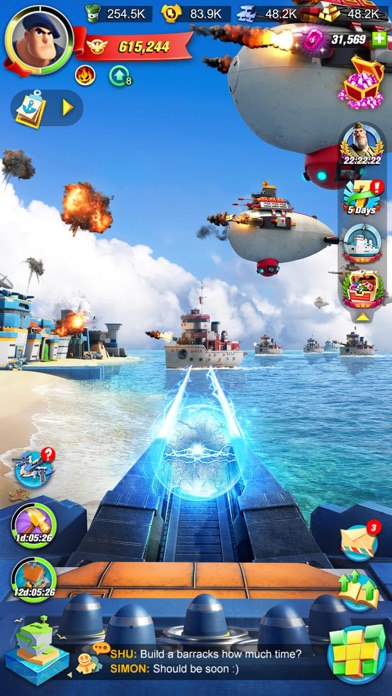 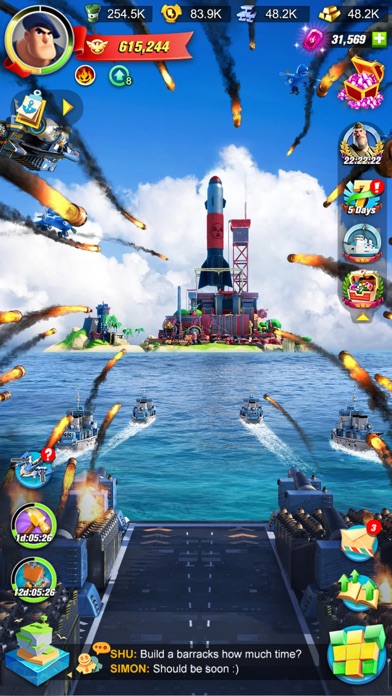 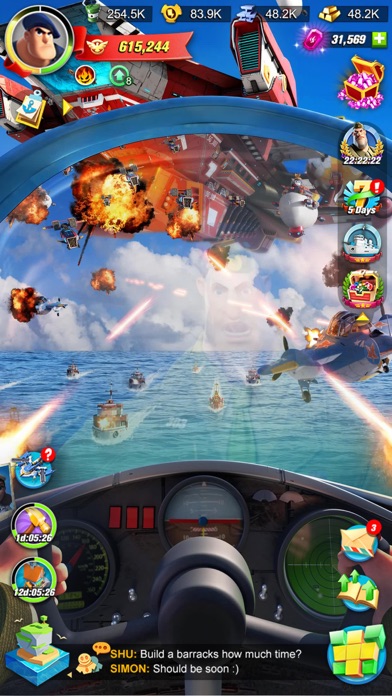 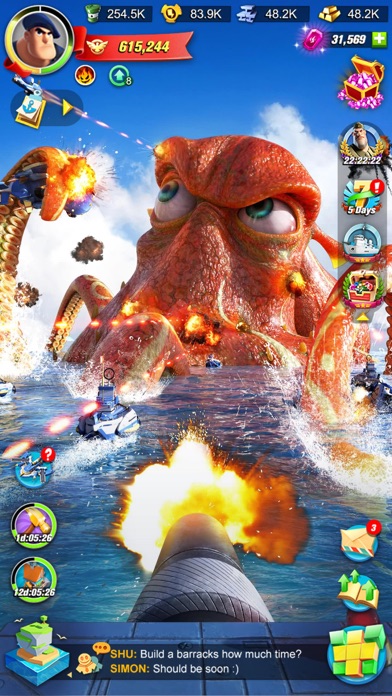 Review: It’s a good game. Good for someone that has limited time to play

Review: It’s a good game. Good for someone that has limited time to play