If you like "Quite clever", you'll love "Twice as clever".
Whether you're a highscore hunter with hundreds of played games or just have played a few occasional games, "Twice as clever" offers you new and exciting challenges to master.

Of course, there are five new dice categories and bonuses, which make it tricky to find the best moves.

Plus, there's the new Return-Action, which gives you all-new options to score even better! Finally, you can use dice that land on a silver platter again!

And that's not all: If you choose the silver dice, you not only use it, but also all the smaller dice that would normally land on the silver platter.

You see: Countless new possibilities and 18 exciting new achievements are waiting to be discovered by you.

Don't just be "Quite clever", be "Twice as clever".

World exclusive you can also try your hand at the "Challenge 2" in the app. A new challenge that offers an exciting new gaming experience with small but subtle changes to the tableau without having to familiarize yourself with large rule changes. You can get "Challenge 2" as inApp purchase.

Need help? Use our Twice as Clever Walkthrough page or sign up and make your contribution today.

About Twice as Clever

Twice as Clever is a trivia game developed by BrettspielWelt, and is available for download on both iOS and Android devices. The app is compatible with iOS 11.0 or later on the following devices: iPhone 11 Pro, X, Xs, SE, iPhone 8, 7, 6, iPad Pro and iPad Mini. 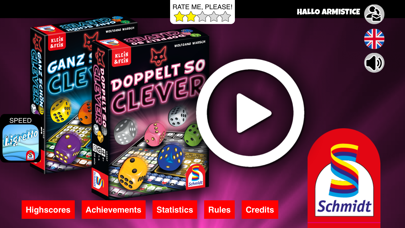 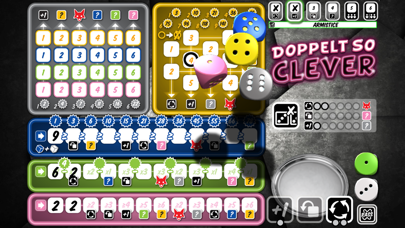 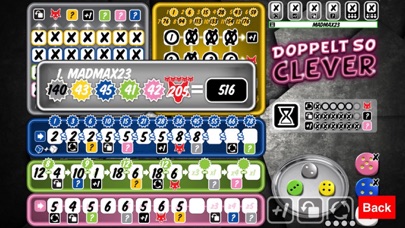 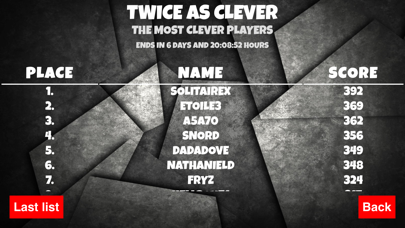 Review: Love but Love this game, but none of my bonuses are showing up in achievements. I am signed in. Any ideas? Also...

Review: Glitches on bonuses? Anyone else get a bonus that doesn’t work? My issue is with the “?” Bonuses.

Review: Good ports but login system still a little rough.. While I think the login system is finally working, for the most part, the prompts randomly alternate from English to...

Review: Multiplayer Please :) Really needs a multiplayer option… That would make this game five stars! As a solo game it’s great but...

Review: 'Great game' 'Really fun game. Quick to learn, hard to master. The app is very simple and is missing some key features (...