Wordsnatch is a fast-paced, multiplayer word game. Join a realtime match with players and friends around the world, or match wits with the built-in virtual opponent.
The object of the game is to collect as many words as you can, containing as many letters as possible. You can build new words in several ways:

• From 3 or more free letters.

• By adding one or more free letters to an existing word. All letters in the existing word must be used, but the order can be rearranged. The result must be a new word with a different root meaning.

• By combining two or more existing words with zero or more free letters to make a new word.

When a new word is made from an existing word, the existing word is “snatched” from the player to whom it belonged and deducted from that player’s score. The new word belongs to the person who played it—at least until it is modified and snatched by someone else!

You can also modify your own words to make them harder for someone else to snatch.

Act Quickly. If you see a way to make a new word, submit it as soon as you can. All entries are processed in the order they are submitted. If another player submits an entry first, they might use some of the same words or letters you were going to use, rendering your entry invalid.

The game begins with several free letters. New free letters are drawn automatically after each new word is played and when no new word has been played for a period of time. You can adjust this behavior and more from the options display.

Adjust the game levels and settings for maximum fun.

Need help? Use our WordSnatch Walkthrough page or sign up and make your contribution today.

WordSnatch is a word game developed by Bruce Lesnick, and is available for download on both iOS and Android devices. The app is compatible with iOS 13.0 or later on the following devices: iPhone 11 Pro, X, Xs, SE, iPhone 8, 7, 6, iPad Pro and iPad Mini. 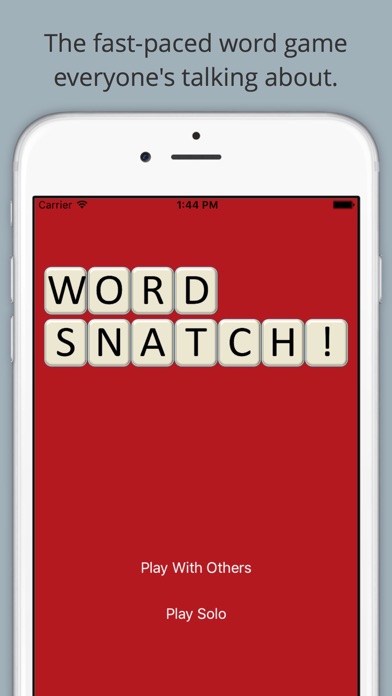 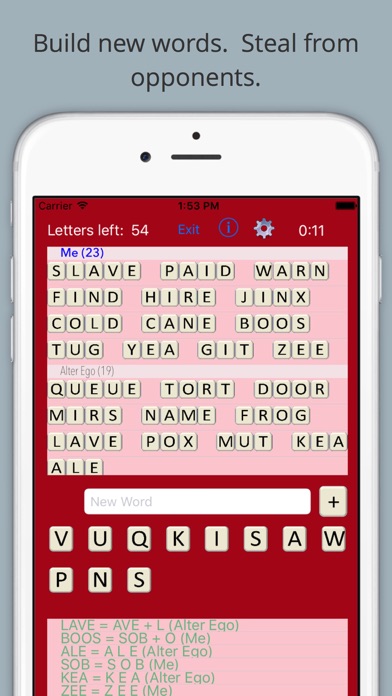 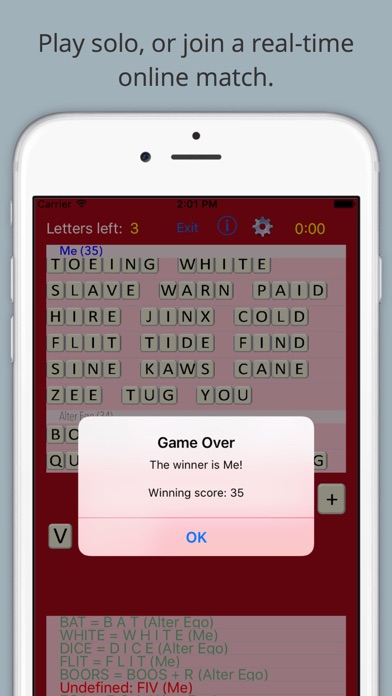 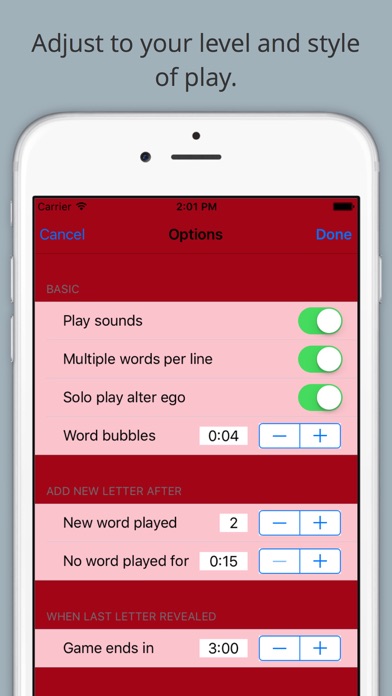 Review: 'Addictive!' 'Glad to see an iPhone version of one of my favorite games to play using bananagrams tiles. Fast paced, competitive...

Review: 'Love It!' 'So fun and challenging! WordSnatch is my new favorite game.'

Review: 'Best game' 'Best game ever and loads of fun but I keep losing!!!'

Review: 'Best Game of the New Year' 'Great game concept, great interface, great customizability. This is the kind of game that everyone will soon be playing. Just...