This epic fantasy game takes you to a fantastic kingdom full of magical creatures and brave heroes.
Play a warrior, sorceress, dwarf or archer, and defend the king’s castle! Pass difficult trials, defeat determined opponents and protect the land from a dark secret.

Guide your group of heroes through twelve exciting legends in which new, challenging opponents and old companions await you. Choose your strategy carefully—you have only a limited number of moves to complete your quests. You can guide any legend to a successful resolution in several ways if you use your characters and their abilities to your best advantage.

Delve deeper than ever before into the mystical past of the legendary kingdom and discover a previously unknown story of Andor that takes your heroes into inhospitable and dangerous realms beyond Rietland.

Play the award-winning board game solo and take your group of heroes on exciting adventures anywhere, anytime. The Legends of Andor: The King’s Secret provides an easy introduction with simple rules and an extensive tutorial, and offers Andor fans and beginners alike a challenging gaming experience.

The land of Andor needs your help! Can you fight off the new threat from the south?

*****
Questions or suggestions:
Mail to [email protected]
We are looking forward to your feedback!

Need help? Use our Legends of Andor Walkthrough page or sign up and make your contribution today.

Greetings, fellow Andori! Update 1.1. includes the following: - After completing the game, Orfen will be unlocked for legends 2-5. - Dropped items are now highlighted by a glow effect. Dropped quest items have an additional marker. - We added an option to undo the most recent movement action via the pause menu. - Andor now stores saved games and settings in the cloud automatically. We added numerous further tweaks and optimizations to the game. Please check the forums for a complete list. In addition, Update 1.1.1 fixes some minor statistic issues.

About Legends of Andor

Legends of Andor is a strategy game developed by USM, and is available for download on both iOS and Android devices. The app is compatible with iOS 10.0 or later on the following devices: iPhone 11 Pro, X, Xs, SE, iPhone 8, 7, 6, iPad Pro and iPad Mini. 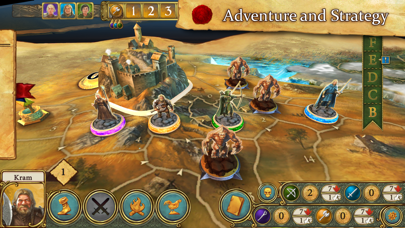 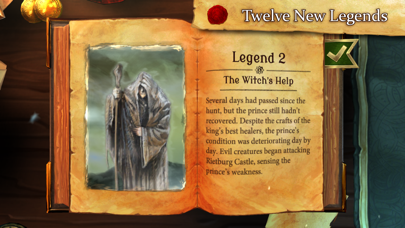 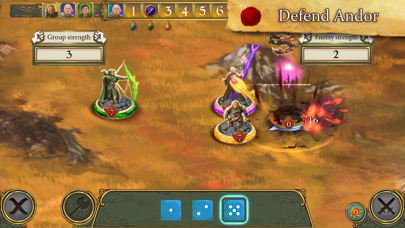 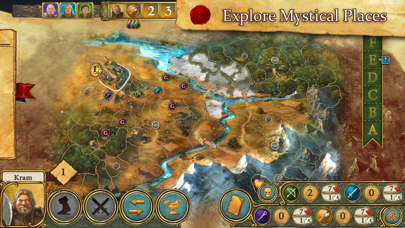 Review: RPG Masterpiece Ok, I admit that I’m not the best person to talk about these kinda games, I don’t play...

Review: Just as good as the board game The best digital board game in my opinion plays just like the table top and I was glad to see...

Review: 'Love this digital port!' 'Was the number one played digital port on my device untill root came out. The game is solid and absolutely...

Review: 'Flawless highly strategic game' 'I can’t honestly find any weak point in this wonderful conversion of the original table board game. I find...