Planet Genesis 2 is the finest and most visually stunning space sandbox available for mobile devices. Now you can create by yourself your very own solar systems with awesome 3D renders and realistic gravity physics simulation. You can create very easily new asteroids, planets, stars (even black holes!) and watch them interact and orbit in real time with newtonian physics.
Design your own solar systems and enjoy watching them orbit, collide and smash each other in a cosmic dance in your pocket!

-Visualize a 3D grid that depicts in real time the impact of the gravitational field on celestial objects in space. Watch gravitational waves!

-Configure the physics simulation settings to push your device to its limit until 500 simulated worlds at the same time!

Need help? Use our Planet Genesis 2 Walkthrough page or sign up and make your contribution today.

Planet Genesis 2 is a simulation game developed by Pedro Silva Lopez, and is available for download on both iOS and Android devices. The app is compatible with iOS 10.0 or later on the following devices: iPhone 11 Pro, X, Xs, SE, iPhone 8, 7, 6, iPad Pro and iPad Mini. 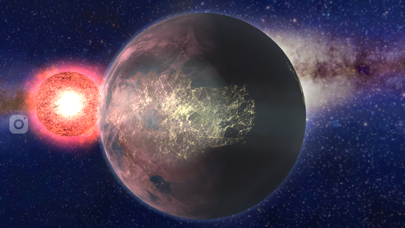 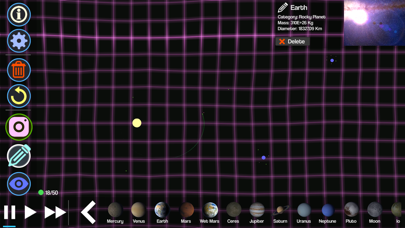 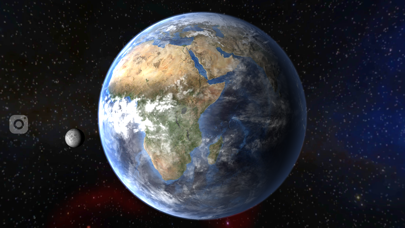 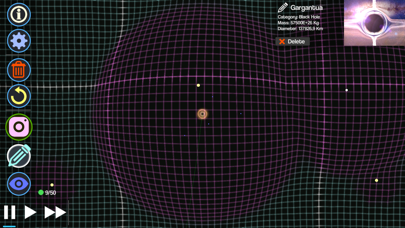 Review: Sick game but 1 complaint The game is awesome that’s why I gave it 5 stars but I have one complaint and it’s that...

Review: 'BEST GAME EVERRRRRR' 'these black holes look so real and the planets are even better and the stars comets dwarf planets look so...