Whitechapel Heatmap helps you to capture Jack the Ripper in the board game "Letters from Whitechapel".
You and your fellow inspectors are very close to capturing Jack, but still, where could his hideout be? Just go ahead and enter Jack's last known location and the moves he has taken since then. Whitechapel Heatmap will then plot a map of locations where Jack's hideout could be.

Clues over multiple nights will be combined, making the calculation even more accurate.

Step 1
Start at the first night. On the board, select the location of which you are absolutely sure Jack has been.

Step 2
Enter the moves Jack has taken since his last whereabouts, up to the point where Jack enters his hideout. The app will calculate all possible locations where Jack could have ended up.

Step 3
Repeat step 1 and 2 for any other nights. Entering the clues of multiple nights will make the estimated location more accurate.
Select a night and then switch to "Map". The app will display a heatmap and highlight all possible locations where Jack's hideout could be.

Whitechapel Heatmap is an unofficial companion to the board game "Letters from Whitechapel" by Gabriele Mari and Gianluca Santopietro.

Need help? Use our Whitechapel Heatmap Walkthrough page or sign up and make your contribution today.

Whitechapel Heatmap is a board game developed by Mark Doggen, and is available for download on both iOS and Android devices. The app is compatible with iOS 9.0 or later on the following devices: iPhone 11 Pro, X, Xs, SE, iPhone 8, 7, 6, iPad Pro and iPad Mini. 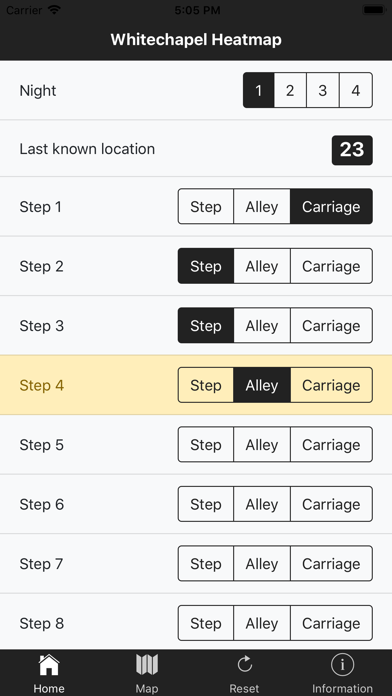 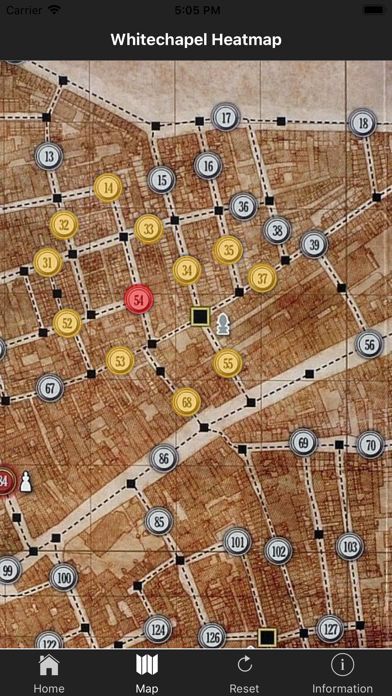 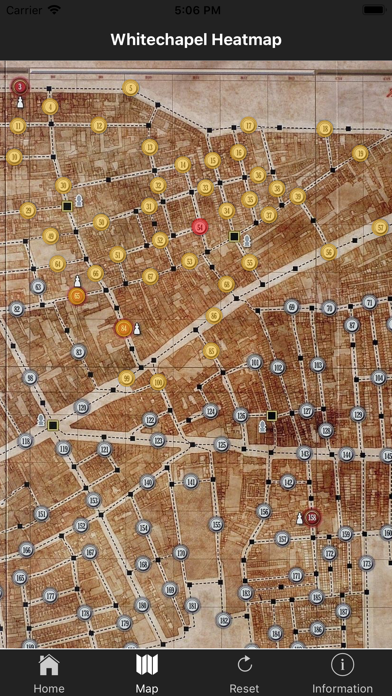 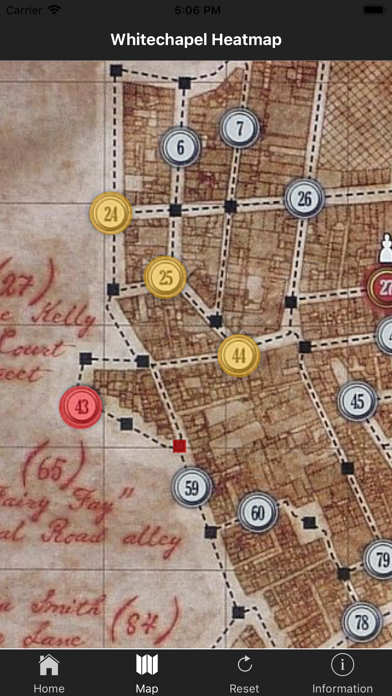