Trump has finally had enough fake news and is on the assault! His enemies have devised a way to clone themselves and they are on a relentless attack! Thankfully Trump used his own funds to create new characters of himself.
- Fight as 7 Trump Characters: POTUS, Trumpbo, Trumpinator, Ninja Trump, Trumpheart, Captain Trump and Trump Smash!

- Rick & Bubba have joined the fight! These 2 know that common sense is a super power, and they are ready to deal out some butt whippings.

- Use a special Tweet Boost to tap into unlimited power! And by unlimited, we mean limited to like 10 secs, maybe 14 or something... we forgot how long. But that is 10-14 secs of major butt whippings.

- Use the Wall Boost to build a wall of protection around your hero!

- Fight off wave after wave of enemies. How long can you survive?

- Login daily to get all those sweet rewards.

Need help? Use our Trump Justice Walkthrough page or sign up and make your contribution today.

Trump Justice is a free-to-play action game developed by Dot Edison, and is available for download on both iOS and Android devices. The app is compatible with iOS 11.0 or later on the following devices: iPhone 11 Pro, X, Xs, SE, iPhone 8, 7, 6, iPad Pro and iPad Mini. 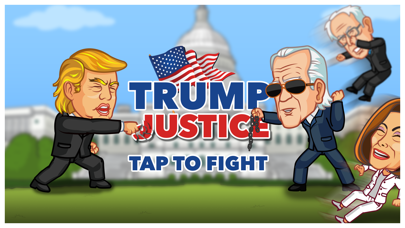 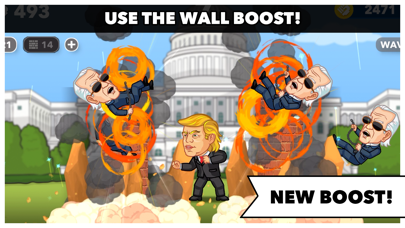 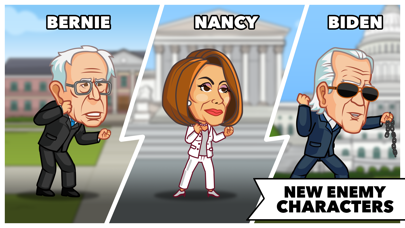 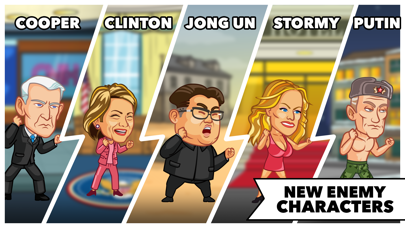 Review: Best game ever!! Love the game! The only thing I would fix is the sensitivity.

Review: LOVE THIS GAME First when I downloaded it I really really wanted to play it and I when I played it I really...

Review: Love it Omg I love this game so Much it’s super funny and fun I hate Biden so this will help...

Review: Stress reliever Great thing to do after watching the news.

Review: The true president I read the bad reviews keep roasting those lefties who’ve got nothing better to do then give this app...