What If – Choice Based Game

The Scenario Game is the world's only "would you rather" news feed. Quickly discover hundreds of "would you rather" questions across a range of categories. Choose an answer and then see what percentage agrees with you.
Create your own interesting questions and compete with the rest of the world for most points, voted by the people of the internet.

Filter by the categories you care about! Choose posts related to video games, movies, super powers, would you rather questions and many more.

Need help? Use our Scenario Game-Would You Rather Walkthrough page or sign up and make your contribution today.

About Scenario Game-Would You Rather

Scenario Game-Would You Rather is a free-to-play, word and trivia game developed by James Reilly, and is available for download on both iOS and Android devices. The app is compatible with iOS 9.1 or later on the following devices: iPhone 11 Pro, X, Xs, SE, iPhone 8, 7, 6, iPad Pro and iPad Mini.

Scenario Game-Would You Rather Screenshots 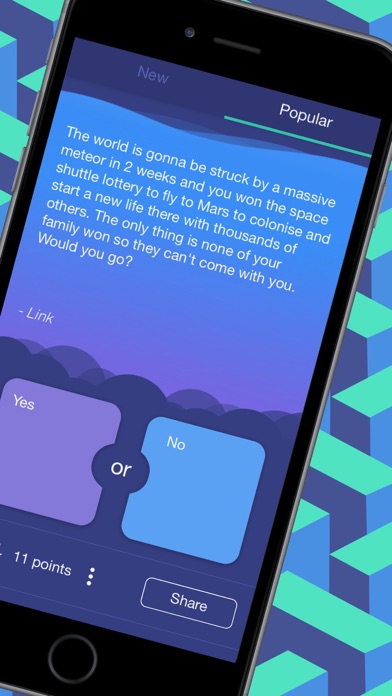 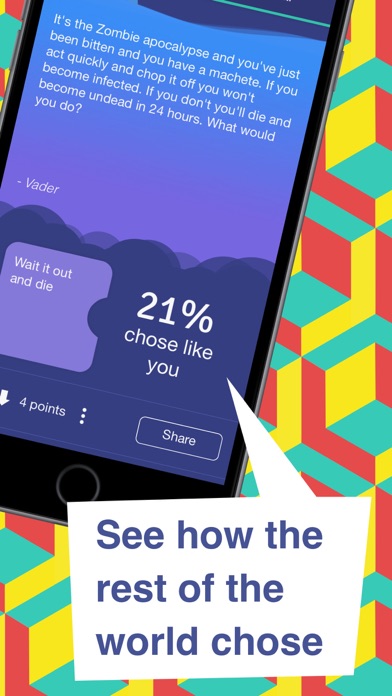 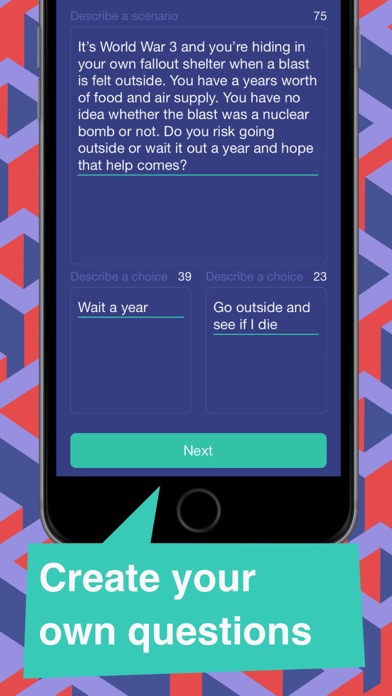 Review: 'Hope your happy' 'This game is amazing it’s so fun.'

Review: 'Nice!!' 'I really like it! My friends and i were playing this and we could not stop laughing. Also the game...

Review: 'AI is fantastic' 'I love everything about this. Keep it up!! I’m excited to teach my machine and augment space.\n\nWhich...

Review: 'I want a little more' 'First of all this has very creative scenarios you can think about. But I think there should be something to...

Review: 'Amazingggg' 'Such a great game!! I’m so bored with just sitting at home but this game lightens my day up!...

Scenario Game-Would You Rather Add-Ons