Ding and Dong between the top and bottom of the screen as you attempt to avoid obstacles, collect points, and smash helpful power-ups. Try to survive as long as you can!
Easy one touch control allows you to cross the screen from top to bottom or vice-versa. Wait for the proper timing and don't hit enemies.

Unlock a handful of unique cosmetic skins for your player, including some from other Nickervision Studios games

The in game audio/SFX was provided by my mouth making noises into a crumby consumer mic and some royalty free SFX from FreeSFX.

In game song / loops are Difourks - "It's Complextro & Dance"

Need help? Use our Ding Dong XL Walkthrough page or sign up and make your contribution today.

-New Infinite play mode added -New Unlock-able Space Rocks skin -Bonus Points power-up is now worth 5 Points -Added Bit Blaster, Orbt, and Diamo songs for each of the special characters -When you're stationary with a time slow power-up, the growth of the ball will stop completely -Early button presses after death will not be erroneously detected -Power-up timers correctly reset when dying and restarting they now also disappear upon death -Pink enemy now correctly has it's trail fade in/out with the rest of the enemy -Modified and added some little secrets here and there -Slightly modified late game balance in Solo and Dual modes to ensure there are always viable paths to take and made 250+ not dependent on power-ups -Player can now remain idle slightly longer before exploding

Ding Dong XL is an action game developed by Nickervision Studios, and is available for download on both iOS and Android devices. The app is compatible with iOS 8.0 or later on the following devices: iPhone 11 Pro, X, Xs, SE, iPhone 8, 7, 6, iPad Pro and iPad Mini. 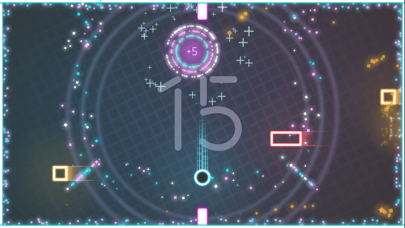 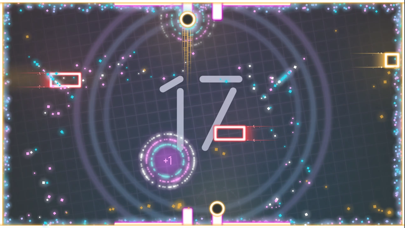 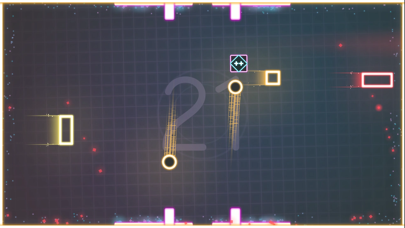 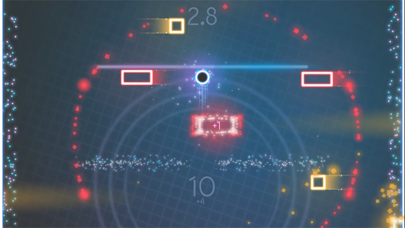 Review: 'Best bang for your buck' 'For 4 quarters i have been playing for a week now I LOVE THIS GAME!'

Review: 'Great game!' 'Easy to play and addicting. The visuals are really fun. I like the concept of using your score to unlock...

Review: 'Great' 'Currently #1 on infinity for IOS, come beat me.'

Review: 'Great little title' 'Shout out to Kinda Funny and Jared Petty for giving this game a call out. I have a great time...

Review: 'This guy rocks' 'Saw him on KFGC and was so happy. Play this fun game!'