Castleclysm (noun) - A Tower Defense of any absurd upheaval, especially one of a dramatic social or political nature occurring within a castle interior.
So there’s a big Castle, a bunch of really angry peasants, a very irresponsible King, and some out-of-place Magic Casters. Come on! How bad could it be?

In this unique Tower Defense, embark on a medieval journey of many tales: An insolent King, a grand Castle, angry peasants, and the Magic Casters that find themselves in bizarre situations. Play as one of the Magic Casters and follow their tales of drama, comedy, and mayhem. Deal with mobs of angry peasants that all wish to destroy the Castle... with you inside! It’s castleclysm! Do everything you can! Defend yourself with the Castle's many valuable objects--treasure chests, chandeliers, the King's throne and more — or conjure your many crowd sweeping spells to rid the hall of different types of intruders that want you gone! Can you survive the perpetual mayhem known as Castleclysm?

- OBJECT SMASHING MAYHEM
A Tower Defense like no other! Use anything you see to defend yourself…yes…this also includes that annoying jester! Grab any object, find your target and let fly!

- IT'S YOU AGAINST THE KINGDOM!
Defend yourself against villagers, goblins, elves, dragons, and more.

- THEY GOT NUMBERS! YOU GOT SPELLS!
Collect mana shards to cast unique spells to tackle difficult foes. Drop an anvil to stun groups of intruders or raise an ice wall to slow the crowd. Cast a variety of crowd controlling spells and watch the intruders flee in terror!

- MANY ITEMS TO UTILIZE
From spell scrolls, magical accessories, and consumable alchemic items, equip the many selections of items to improve your spells or add addition spells to your arsenal of chaos.

- THEY WILL DO ANYTHING TO GET TO YOU
Use objects and spells wisely; a simple blunder may have far-reaching consequences in your strategy. Utilizing chickens to fly or strapping explosives to blow themselves up, the intruders are cunning and desperate. You must be crafty and resourceful to survive. Your abilities will be tested!

- TALES OF THE MANY
Play as different magical characters, each with their own dramatic tale! Survive the chaos!

- YOUR SKILLS WILL BE CHALLENGED!
Master the characters and challenge others to compete on the leader board!

Need help? Use our Castleclysm TD Walkthrough page or sign up and make your contribution today.

This app has been updated by Apple to display the Apple Watch app icon. Thanks everyone for playing Castleclysm and for the positive reviews! This update is to bring improvements and make the game better. Let us know what you think, we'd love to hear from you!

Castleclysm TD is a strategy game developed by Fantasync, and is available for download on both iOS and Android devices. The app is compatible with iOS 8.0 or later on the following devices: iPhone 11 Pro, X, Xs, SE, iPhone 8, 7, 6, iPad Pro and iPad Mini. 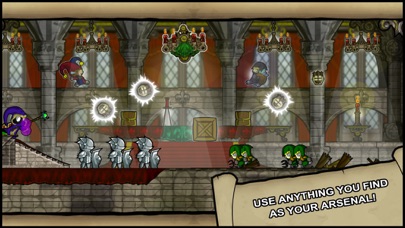 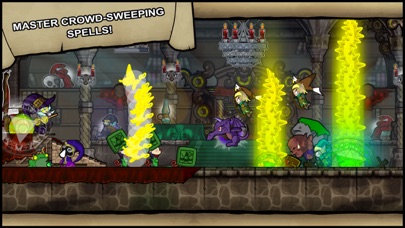 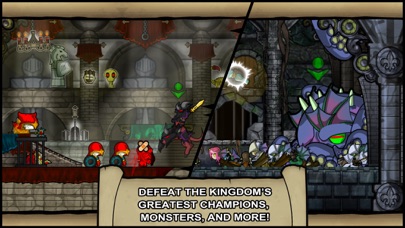 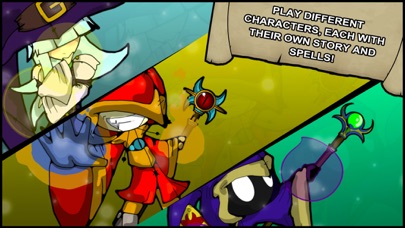