These beautiful cards capture the essence of the life-changing, best-selling book Ask and It Is Given. You will experience an enhancing of your personal power, which may, at first, seem illogical or even magical, as the Energy Stream from which these cards have come dovetails with the true essence of your own being.
As you return for frequent visits to these beautiful cards, you will begin to notice a definite closing of the gap between where you are and where you want to be on all subjects that are important to you.
FEATURES:
- Browse Ask And It Is Given cards anywhere, anytime on your iOS device*
- Save cards to review at any time*
- Email cards to yourself or share with a friend*

About the Author:
Excited about the clarity and practicality of the translated word from the Beings who call themselves Abraham, Esther and Jerry Hicks began disclosing their amazing Abraham experience to a handful of close business associates in 1986.
Recognizing the practical results being received by themselves and by those people who were asking practical questions and then applying Abraham’s answers to their own situations, Esther and Jerry made a deliberate decision to allow the teachings of Abraham to become available to an ever-widening circle of seekers of how to live a happier life.

Using their San Antonio, Texas, conference center as their base, Jerry and Esther have traveled to approximately 50 cities a year since 1989, presenting interactive Law of Attraction workshops to those leaders who gather to participate in this expanding stream of progressive thought. And although worldwide attention has been given to this philosophy of Well-Being by Leading Edge thinkers and teachers who have, in turn, incorporated many of Abraham’s Law of Attraction concepts into their best-selling books, scripts, lectures, and so forth, the primary spread of this material has been from person to person—as individuals begin to discover the value of this form of spiritual practicality in their personal life experiences.

In November 2011, Jerry made his transition into Non-Physical, and now Esther continues to conduct the Abraham workshops with the help of her physical friends and co-workers and, of course, with the Non-Physical help of Abraham and Jerry.
People are able to access Abraham directly by attending the seminars in person or by participating in the online live streaming of most events. There is also an extensive YouTube library of Abraham videos.
Abraham—a group of uplifting Non-Physical teachers—present their Broader Perspective through Esther Hicks. And as they speak to our level of comprehension through a series of loving, allowing, brilliant, yet comprehensively simple essays in print and in sound, they guide us to a clear connection with our loving Inner Being, and to uplifting self-empowerment from our Total Self.

Ask And It Is Given Cards is an application developed by Hay House, Incorporated and released on iOS. The app is compatible with iOS 8.0 or later on the following devices: iPhone 13, 12 Pro, X, SE, iPhone 8, 6, iPad Pro, and iPad Mini.

Click the button or scan the QR code below to download the latest version of the Ask And It Is Given Cards app on iOS.

Ask And It Is Given Cards Screenshots 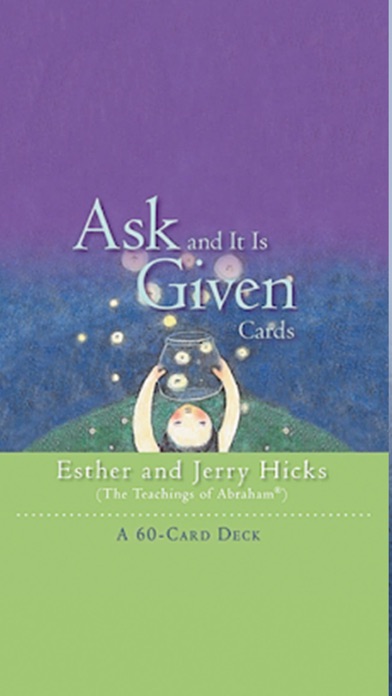 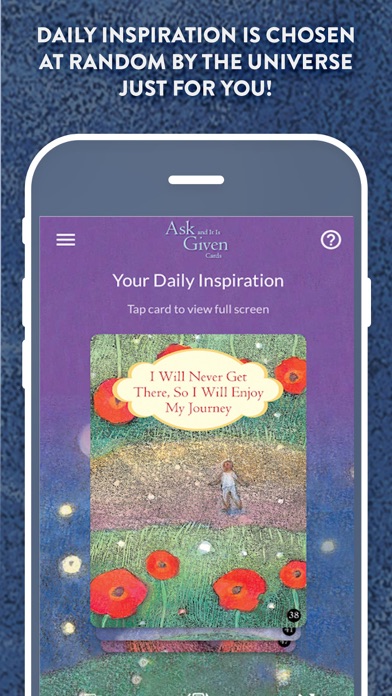 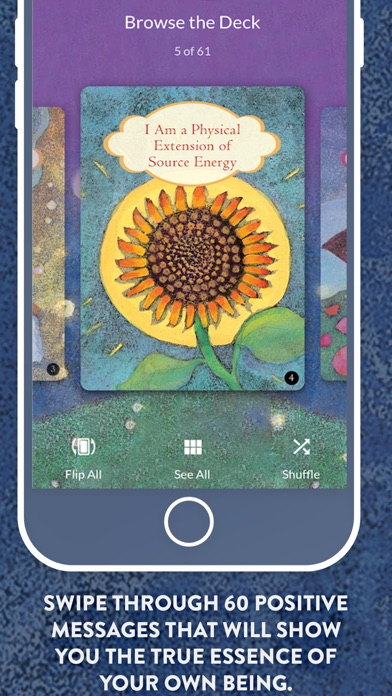 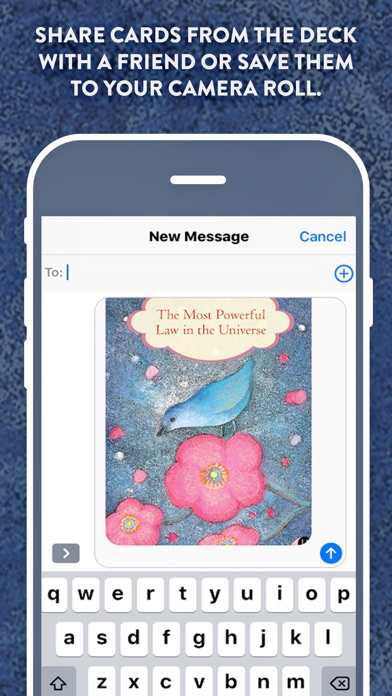 Ask And It Is Given Cards has 0 reviews across all iTunes Stores.

Ask And It Is Given Cards Add-Ons