Your R2-D2 is finally ready to interact with you!
With the ‘Build R2-D2’ App you can control your interactive droid directly from your smartphone or tablet. Steer him at will, see what he sees, and activate all his special features!

DUAL MODE
You can switch R2-D2 to operate under command or in autonomous ‘AI’ mode, when he will behave like the wilful astromech in the movies and respond to voice commands.

VIDEO/STILL CAMERA
The video/still camera in R2-D2’s head allows him to take snapshots and short video clips, which can be stored on your mobile device. His programming also includes the ability to detect human faces.

PROJECTOR
Just like in the Star Wars movies, R2-D2 is able to display holographic messages using a projector which can beam images of Princess Leia and Luke Skywalker onto any nearby flat surface.

POP-UP LIGHTSABER
As in ‘Return of the Jedi’ R2-D2 has a ‘hidden extra’ – Luke Skywalker’s lighsaber, which will pop up on demand from the pneumatic ejection tube in his head.

EXTENDING ARMS
As in the movies, R2-D2 can extend his spacecraff linkage and control arms on comman.The flaps on his body conceal hidden droid manipulator arms and probes, which you can extend at will.

Need help? Use our R2-D2 droid control Walkthrough page or sign up and make your contribution today.

R2-D2 droid control is an application developed by De Agostini Publishing Italia S.p.A and released on iOS. The app is compatible with iOS 9.0 or later on the following devices: iPhone 11 Pro, X, Xs, SE, iPhone 8, 7, 6, iPad Pro and iPad Mini. 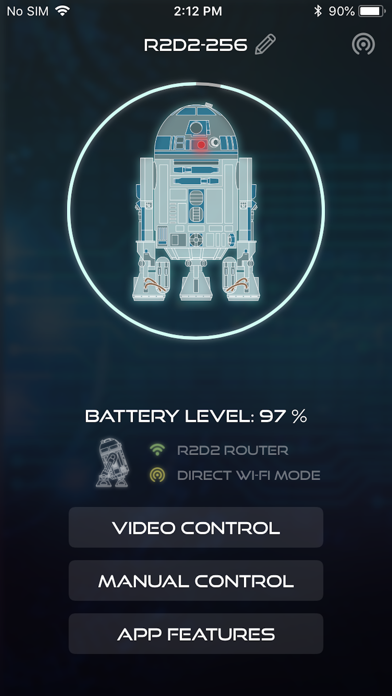 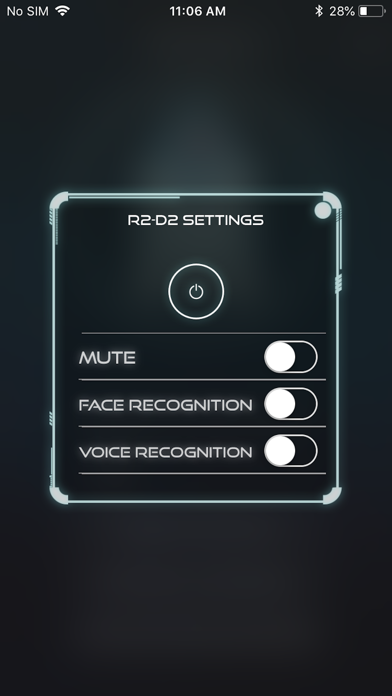 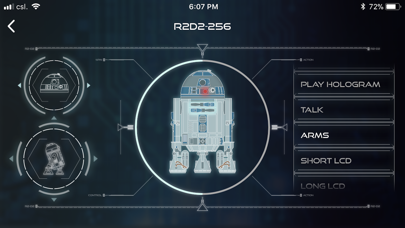 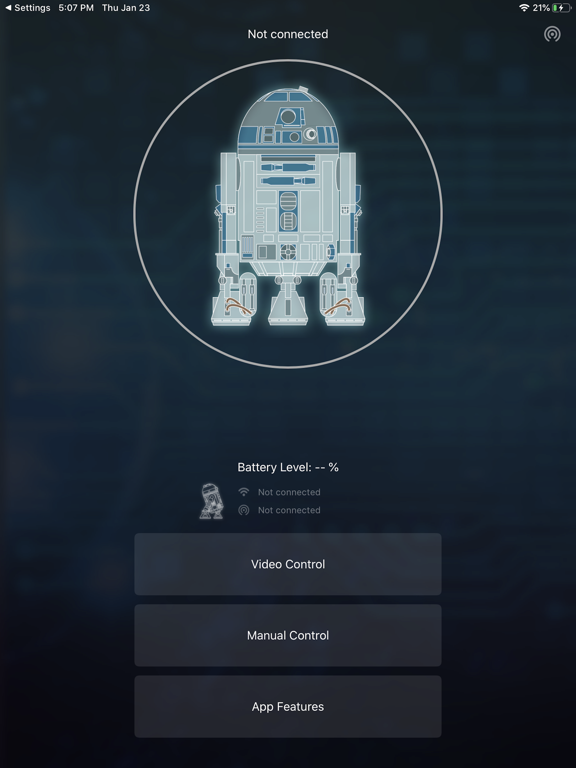 Review: App 75 percent baked App lacks direction. Settings has nothings under it, it's like they forgot to proof it before releasing.

Review: 'App works great' 'Anyone can use works like intended no college degree needed!'