Hop into the sandals of a gladiator and fight for glory in epic arena battles. Now with cross-platform realtime online multiplayer 1vs1 battles!
Gladihoppers is a wacky 2d physics gladiator battle simulator where the mix of the 2d physics and regular 2d animation offers a fun and original gameplay quite unlike your average gladiator mobile game. The combat system features two different battle stances for your gladiator, each with their own directional attacks of varying power and speed that allow for more dynamic and interesting battles.

In addition to melee attacks there are also javelins to throw and over 90 items to customize your gladiator with; swords, axes, maces, shields, helmets, armor, pants, gloves and shoes.

Features:
- Online multiplayer vs random opponent or a friend
- Fast-paced melee and ranged combat with hitboxes for each body part
- Career mode featuring various tactics and ways for you to bring your gladiator to glory
- 'Spartacus' War' strategy mode with factions, armies and towns to conquer
- 'Save the Emperor' arcade mode for a virtually endless fighting experience
- Quick Fight mode for custom and/or randomized short and fast-paced arena duels, including split screen multiplayer on the same device
- Over 100 pieces of equipment and 16 different character faces from four populations during the era of the ancient Roman Empire: Romans, Gauls, Nubians and Egyptians
- Seven arenas with their own unique look and feel: The Colosseum, Aegyptus, Macedonia, Gallia, Hispania, The Ludus & The Palace

Need help? Use our Gladihoppers Walkthrough page or sign up and make your contribution today.

Gladihoppers is a free-to-play action game developed by Dreamon Studios AB, and is available for download on both iOS and Android devices. The app is compatible with iOS 11.0 or later on the following devices: iPhone 11 Pro, X, Xs, SE, iPhone 8, 7, 6, iPad Pro and iPad Mini. 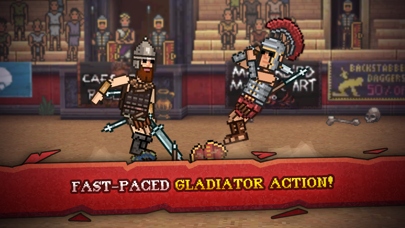 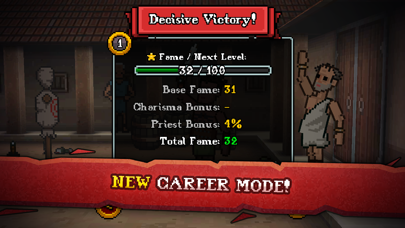 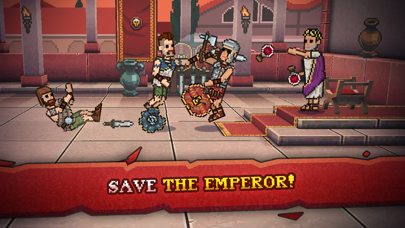 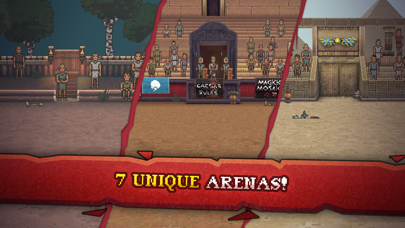 Review: Great Game This game is a lot of fun. The sound effects and movement fit the controls and game style. It’s...

Review: Great game! Absolutely amazing mobile game I enjoy spending quite a bit of time playing. I will say the game could use...

By pat the wonderer

Review: Make it easier Please do I just started playing and I die so fast why make it has easy mode or baby mode

Review: I love this game I always play the desktop version at school and its just a very simple and fun game

Review: I love this This app is great but please add the helmets and ext from the Spartacus campaign please into quick fight it...