Welcome to the Final Frontier!
You have the conn! Summon your skills in strategy, combat, diplomacy, and leadership to master the dangerous universe of Star Trek Fleet Command.

Enter a galaxy on the brink of war as Federation, Klingon, and Romulan forces vie for control of the Alpha and Beta quadrants. Discover an ancient secret that could tip the scales of power forever.

As the commander of a starbase on the edge of civilized space, you will recruit iconic officers like James T. Kirk, Spock, and Nero -- and build powerful ships including the Enterprise, the Romulan Warbird, and Klingon Bird of Prey.

Join Millions of players -- forge alliances, defeat your enemies, and build an epic fleet to secure, or dominate, the galaxy.

Explore strange new worlds, seek out new life and new civilizations, boldly go where no one has gone before!

Be prepared to:
-Experience epic conflict in a vast, dynamic galaxy
-Collect, build, and upgrade iconic ships
-Take the conn and control ships in star system and galaxy views
-Encounter famous Star Trek characters in an epic, galaxy-spanning storyline
-Help locals, fight pirates, or negotiate peace in hundreds of unique missions
-Recruit famous officers with unique, tactical abilities
-Ally yourself with Federation, Klingon, or Romulan forces
-Work with and against thousands of other players in real-time
-Build, upgrade, and defend your starbase
-Discover new technologies, ship upgrades, and resources
-Create or join powerful player Alliances to dominate star systems and become the most powerful players in the galaxy

Download Star Trek - Fleet Command today and join Millions all over the world.

Need help? Use our Star Trek Fleet Command Walkthrough page or sign up and make your contribution today.

• The Star Trek Discovery series has jumped into our universe and with it a ton of new content to discover! • Warp Speed is too slow. The USS Discovery’s jump technology crosses the galaxy in a moment! • New Discovery themed Missions, Officers, Avatars, and Frames! • A new and exciting event mechanic is coming your way! • You can now store up to 300 Battle Reports! • Fixed an issue where events would sometimes appear delayed.

Star Trek Fleet Command is a free-to-play strategy game developed by Scopely, and is available for download on both iOS and Android devices. The app is compatible with iOS 10.0 or later on the following devices: iPhone 11 Pro, X, Xs, SE, iPhone 8, 7, 6, iPad Pro and iPad Mini. 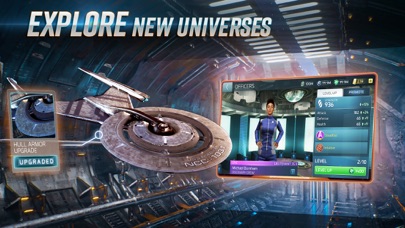 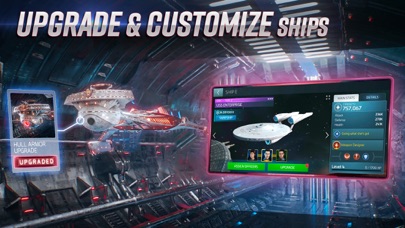 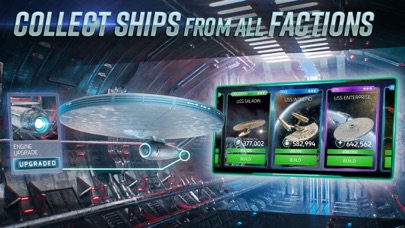 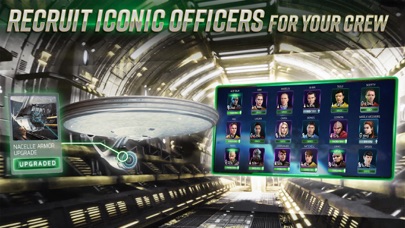 Review: Don’t do it Good game and addictive great people. Buy if you don’t spend a min of $1000 a month be prepared to...

Review: Unexpectedly diverse I have to say I assumed this game was going to be pretty one note or a pay to play...

Review: More ships? I was playing and I looked up is voyager in Star Trek fleet command and it’s not so I...

Review: People who love Star Trek prepare to invest in you Enjoyable but you will pay and pay 💰