The adventures of Odysseus Kosmos continue! The third episode will see you playing as a robot named Barton. Save the unfortunate flight engineer who found himself in a difficult situation and then help your friends save the ship!
Encounter new locations, mini games, and, of course, the mysteries and secrets of the huge spaceship San Francisco. Explore the crew cabins and try to figure out the mysterious story that unfolded on board.

Odysseus Kosmos and his Robot Quest it’s a traditional 2D point’n'click game with retro-pixel style graphics. You are the ship engineer Odysseus Kosmos; you and your service robot Barton Quest are stuck in deep space near a black hole, all by yourselves.

Your shipmates are down on the surface of a planet where time moves far, far slower and you, along with your robot, have been waiting for years for them to return to your orbital station. You were used to your comfortable boredom, but then the ship starts acting funny: it looks like this mysterious black hole affect your ship in strange and unexpected ways, cutting off your communications and threatening with de-orbiting the station and sending you stranded into deep space… unless you can do something to stop it!

Odysseus Kosmos is a family friendly, hand-animated, puzzle-filled point-and-click adventure game with stylized visuals and a brilliant soundtrack that will make you laugh as you solve mind-bending puzzles.

FEATURES
A funny adventure game in the deep Cosmos
Solve riddles and puzzles to save your ship
Explore outer space in a cool retro pixel-art style!
Immerse yourself in a sci-fi story whit a pinch of good-hearted humor

Odysseus Kosmos - Episode 3 is an adventure game developed by HeroCraft, and is available for download on both iOS and Android devices. The app is compatible with iOS 8.0 or later on the following devices: iPhone 11 Pro, X, Xs, SE, iPhone 8, 7, 6, iPad Pro and iPad Mini.

Click the button or scan the QR code below to download the latest version of Odysseus Kosmos on iOS. 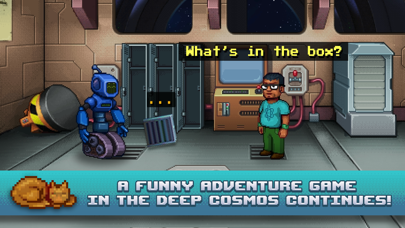 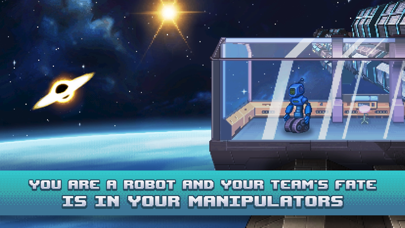 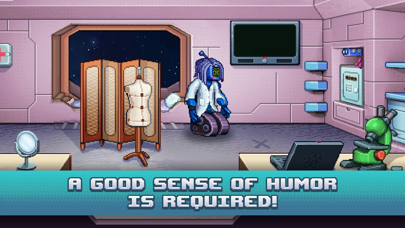 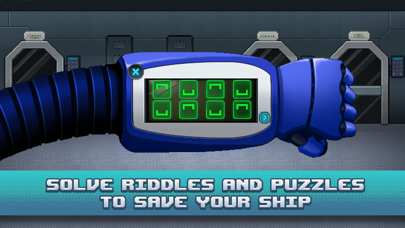 Review: Just have one problem That episode 4 isn’t out on iOS yet This was a good game Challenging puzzles with logic Good fun

Review: Great Game! Little short though. This was a fun and challenging game! But as others have made mention, the game was way too short. I...

Review: Ooooo! This one was tricky! I loved it guys! Episode 4 maybe? I know all of them are supposed to equal one...