+ DRAW movements with your finger, TestPro knows the test and gives you hints
+ TAP forwards or backwards in the test a move at a time
+ WATCH the test played, start and stop anywhere
+ LISTEN as movements are spoken out loud individually or while playing
+ JUMP anywhere in the test and play, listen or move from that point on
+ READ the official test PDF
+ CHECK your accuracy with a 1m grid overlay
+ CONFIGURE colors and appearance for different light conditions

>> "I love this app. It is really great for learning tests." - mail from customer asking about future enhancements in TestPro British Dressage

>> >> "Modern way to learn dressage tests 5*" - I am quite impressed with this app. I can carry my phone on me whilst I run through my test whilst riding. Good idea.

New movements view shows each movement in the test with a diagram, score and directives Freestyle, Pas-de-deux and Quadrille now have a free-draw arena feature Configurable delay between movements when TestPro is speaking UI changes to improve color contrast and support iPhone 12 Configurable colors for Paces as well as Arena and background Competition mode now maintains it's own settings, independent of the main app settings

About TestPro US Dressage Federation

TestPro US Dressage Federation is an application developed by LION DOG APPS LIMITED and released on iOS. The app is compatible with iOS 11.0 or later on the following devices: iPhone 11 Pro, X, Xs, SE, iPhone 8, 7, 6, iPad Pro and iPad Mini.

Click the button or scan the QR code below to download the latest version of TestPro US Dressage Federation on iOS. 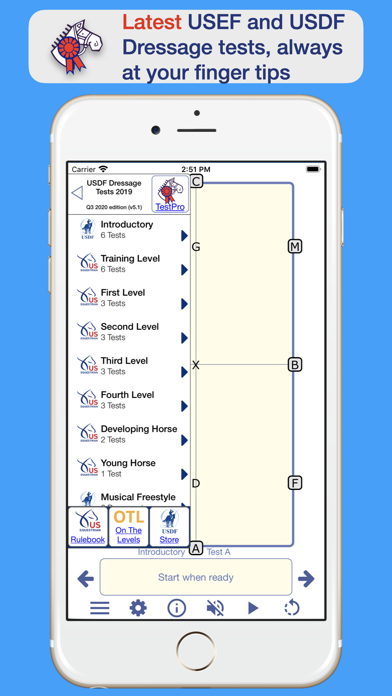 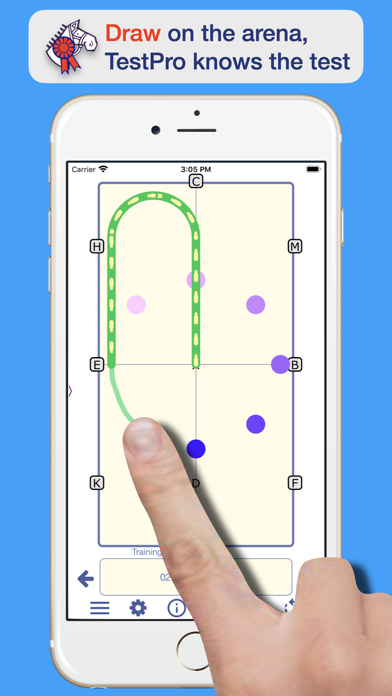 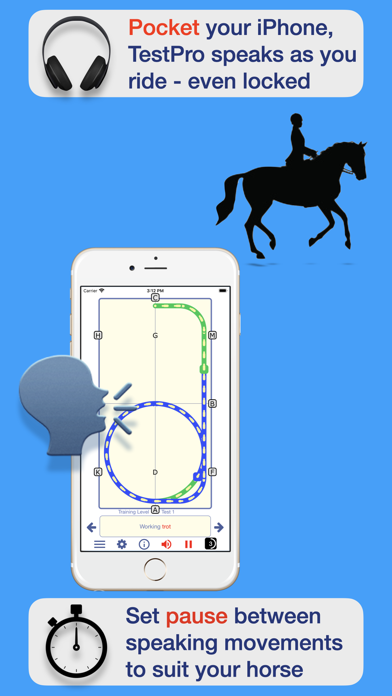 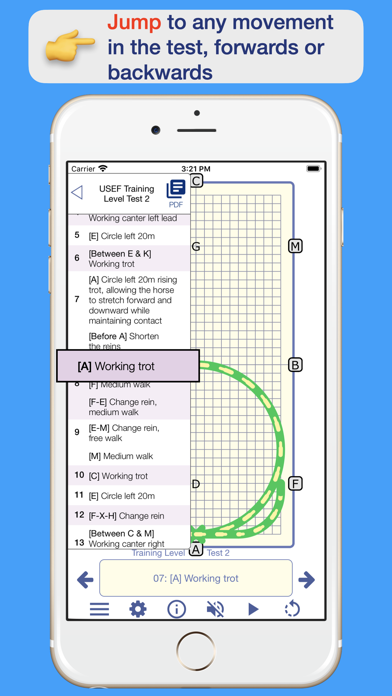 Review: Can you make this for Apple Watch Excellent app, would be perfect on my Apple Watch while riding

Review: Totally worth the money Helps me prepare and memorize the tests with many helpful modes. You can listen to a walkthrough or trace the...

Review: Sound fails I have restart my phone to reset the sound settings. Otherwise, useful.

Review: Best way to memorize a test The only reason I did not give it a 5 star was because I did not like when you swiped something...