If you ever wished to hunt down warrior dragon ultimate flying in a jungle for a world war of dragon’s vs. human battle then play this ultimate super dragon Hunting Game on play store. Experience the infinite monster power dragons flying in jungle and city to hunt you down, survive from a dragon attack and shoot with your master dragon shooting skills in a real dragon Hunting Game 2019. You have the best sniper, and machine gun, and weapons for dragon attack survival. Gather up the courage against tiny and giant dragons, become the best dragon hunting master and take down the entire dangerous dragon flying and wrecking the peace of your world in this one of the best dragon games.Become a life savior help out your world and all the innocent people scared because of this dragon storm? Dragon is coming in the form of hound horned, pick up your gun, bow and other weapons to knock them down. Dragon hunt is the only thing to save your world up from by shooting in different adventure missions of saving jungle and city from some fireball of these fierce horse dragons who can turn your world into ashes and destroyed world.
Super dragons are flying on all your way, and if you want to test your shooting skills shooting dragons with a sniper gun and other weapons can be your life savior point to become a sniper killer shooter and master of shooting games, by playing this Sniper shoot and dragon hunter 2018 game. sniper enjoy playing animal shooting games and animal sniper shooting games 3d with flying dragons and dangerous and fun dragonfly animal sniper hunting and dragon hunt shooting games for kids.
Summon an emergency been already enforced in the city, the government is trying to catch up with the modern special force and their sci-fi weapons and defensive force to take real action against these dangerous creatures coming from the outer world of Shooting Survival Game and dragon hunting games with full of action games era. This is the best time for you to take control of the Jurassic monster jungle warfare to lead for getting rid of these wild angry Dragons with power attack of fireballs on animals of jungle and human of your world.
Select your favorite character, Chose your favorite gun. Practice by shooting some bullets with your short gun and start playing one of the best dragons hunting game of 2018 with different beautiful scenery environments and action gameplay like never before from free dragon games and epic dragon world war.

Need help? Use our Dragon Hunter Sniper Shooter Walkthrough page or sign up and make your contribution today.

Dragon Hunter Sniper Shooter is a free-to-play action game developed by Gurumurthy Pollai, and is available for download on both iOS and Android devices. The app is compatible with iOS 9.0 or later on the following devices: iPhone 11 Pro, X, Xs, SE, iPhone 8, 7, 6, iPad Pro and iPad Mini. 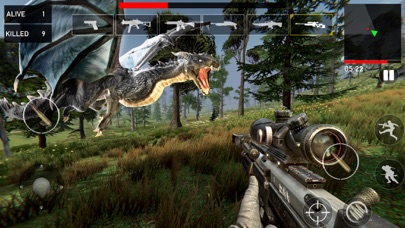 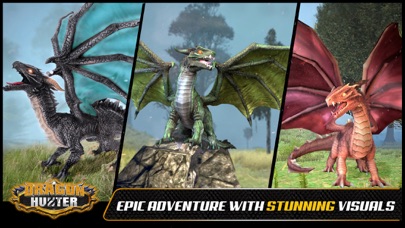 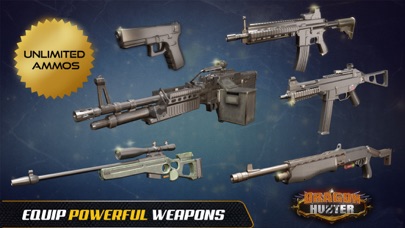 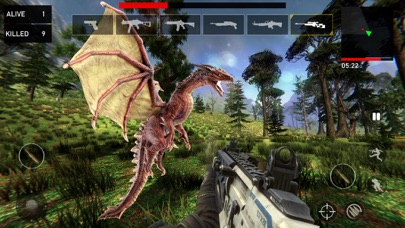 Review: Really fun It is really fun and cool but the one bad thing about it is sometimes the dragons don’t spawn...

Review: This game rocks One time when I was playing the game I had a lot of fun and ya

Review: 'The best game ever' 'This game is the best I am addicted and I just got I can’t stop you have to get...

Review: Ugghhh😤 Bad so hard to AIM!!!!! So I’ll you guys a three star for the effort in making but fix...