Our favorite little piggy is back in a brand new and exciting adventure. It's time to bring home the bacon again!
The makers of Bacon Escape and the “App Store Best of 2016” game Mr. Crab 2, Illusion Labs presents: Bacon Escape 2!

Crashing down with his spaceship finding himself stranded on a fun planet he heads out on a quest to collect stars to repair his beloved spaceship to fly again and escape the planet.
Collecting them can be very challenging, as the track is vicious and full of dangers. Through fire, lava, wind, ice and electricity he has to dodge giant hammers, sharp spikes, lasers and many new wacky obstacles to finish his quest.

Thankfully he has some new friends to help him such as the ninja caterpillar and ballerina pug who rides through the tracks with new and exciting custom vehicles.

With easy to learn one-touch controls, varied levels and gameplay Bacon Escape 2 will entertain both new and experienced gamers.

- Easy to learn one-touch controls, simply tap the screen to change the tracks!
- Unlock different characters to play as, each with their own unique personality, costumes and vehicles in thousands of combinations
- Ride through immersive landscapes such as farmland, lava filled volcanos, alien planets.
- Tons of new thrilling levels.

No matter which character you choose, it’s your task to guide it safely through the tracks and collect as many stars and apples as you can.
Use the stars to open up new areas of the world and discover entire new areas such as the ice world, city and volcano to name a few.

You’ll have endless fun exploring amazing landscapes, completing awesome challenges, and emerging victorious as all your friends cheer you on. Simple to play but challenging to master, the whole family will be hooked on Bacon Escape 2.

Need help? Use our Bacon Escape 2 Walkthrough page or sign up and make your contribution today.

It's time to bring home the bacon again! New update with the lava filled Volcano island. Travel through the steaming hot landscape filled with lava and chaos. Pig have also got new friends, the Magmagolem Pyrro and the popsicle Pop.

Bacon Escape 2 is a free-to-play action game developed by Illusion Labs, and is available for download on both iOS and Android devices. The app is compatible with iOS 9.0 or later on the following devices: iPhone 11 Pro, X, Xs, SE, iPhone 8, 7, 6, iPad Pro and iPad Mini. 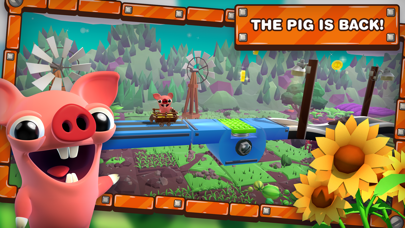 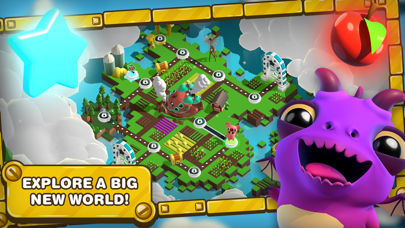 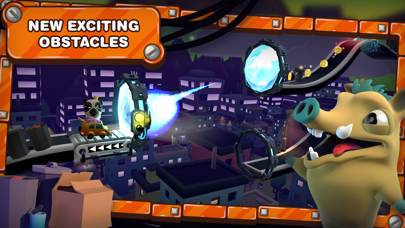 Review: Love it but.... I have completed Bacon Escape1 and nearly Bacon Escape 2- lot of fun, challenging and creative, however, I wish that...

Review: AWESOME I LOVE this game it is so much fun and it is different than bacon escape and you can have...

By BEST GAME YOU NEED TO TRY

Review: This game is fun!! 😃 I like this game, it’s fun! And Slinky the worm is CUTE in the pacifier and baby clothes! Piggy...

Review: Great game This is a good game but with stinky ads so people if you turn off the WiFi or turn on...

Review: This is awesome I love this game if they make one on x box where you move around and it is a racing...