This app is the Japanese translated version.
"Beauty and the Beast" is the famous animation film by Walt Disney.
The original long story was written by French novelist, Gabrielle-Suzanne Barbot de Villeneuve.
Later, the shorter version was rewritten by Jeanne-Marie Leprince de Beaumont.
And this is the origin of the story which we know today.

In this app, I changed the story dynamically based on the story written by Beaumont.
I hope you enjoy the story in the special version.

It depends on the player, if the Beast changes back to what he was, the Prince.

There was a merchant who had 3 sons and 3 daughters.

His 3 daughters were all very beautiful. They were proposed to by many men.

His elder 2 daughters took time to consider these proposals. But his youngest daughter Belle, who loved to read books, didn't care about men. People said, "she is beautiful, but weird".

The merchant's family had a wealthy life. However, one day, the ship loaded with products disappeared. Since then, their life completely changed.

After a little while, when they started getting used to their poor life, the merchant received news that the missing ship had been found. The merchant decided to go to get his property back.

The elder 2 daughters were happy that they would regain their wealthy life. They asked their father to bring jewels and precious stones.

Meanwhile, the wise and beautiful youngest daughter asked him to come back safely and to bring a rose.


"I accepted you to my palace and saved your life. But you stole my rose which was more precious to me than my life. You are ungrateful. You should repay me with your life."

The merchant immediately said sorry and begged his life and explained that it was just to please his daughter.

The Beast told him to sacrifice his life, or give his daughter.

The merchant went home and held his beloved family tight. And then he began to tell them what had happened to him.

He said to them that if his family was protected by his sacrifice, he would be happy.
The youngest daughter felt guilty because she had asked for a rose.

"I will go to the Beast's palace. I have an idea."

My life from now on might be as a slave…

But I do not want to lose against him.

I will let him fall in love with me.
I can definitely have mental superiority over him.

Need help? Use our Beauty and the Silent Beast Walkthrough page or sign up and make your contribution today.

About Beauty and the Silent Beast

Beauty and the Silent Beast is a free-to-play simulation game developed by Reiko Murakami, and is available for download on both iOS and Android devices. The app is compatible with iOS 9.0 or later on the following devices: iPhone 11 Pro, X, Xs, SE, iPhone 8, 7, 6, iPad Pro and iPad Mini.

Click the button or scan the QR code below to download the latest version of Beauty and the Silent Beast on iOS.

Beauty and the Silent Beast Screenshots 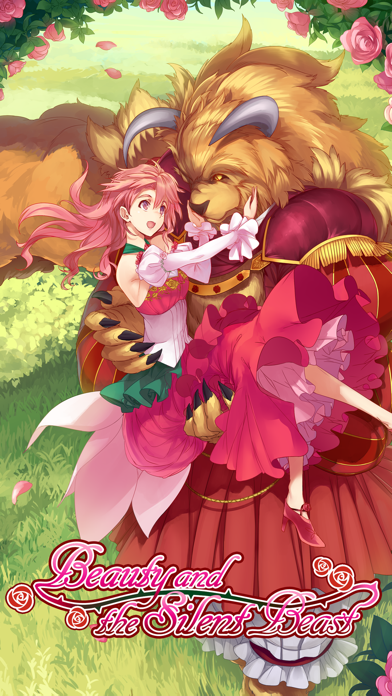 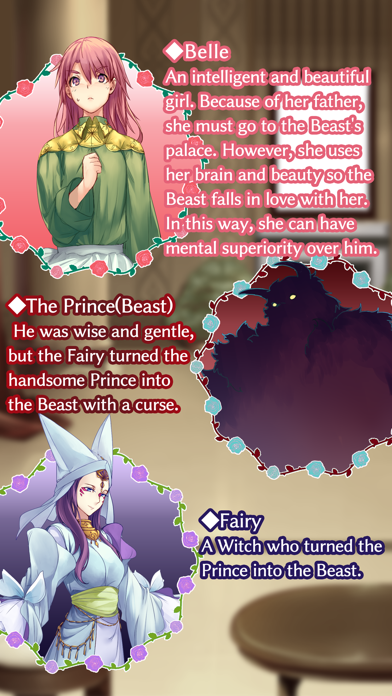 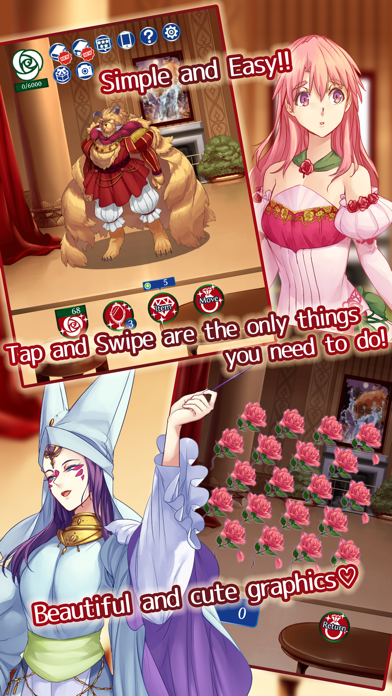 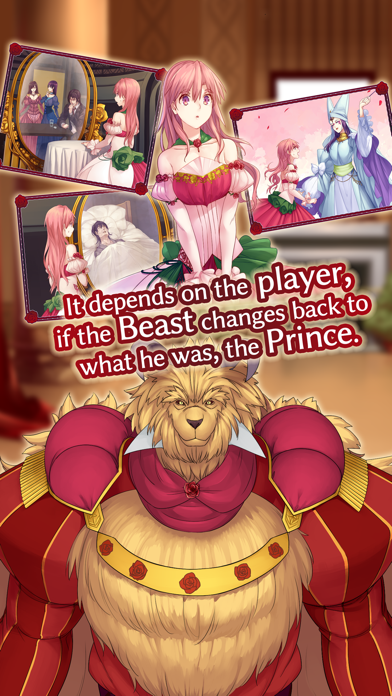 Review: Amazing I love everything about this game!

Review: Great game and everything but.... Good game , good graphics, good story love it all jux one little problem is waiting for the gems and roses 🌹...

Beauty and the Silent Beast Add-Ons