Lawgivers (formerly Laws of Civilization) is a turn-based politics game. Enter parliament and use democracy to approve important laws and rank among first countries in the world.
◉ Choose a party, promise actions to citizens and run for elections
◉ Approve or abolish laws with parliamentary votes
◉ Take care of lawmaker's experience, popularity and loyalty
◉ Corrupt concurrent politicians in order to win majority
◉ Build up relations with other parties and appoint the president

PREMIUM edition includes:
- 17 playable nations such as the US, UK, Russia, or South Korea
- Over 120 ordinary and constitutional laws
- Additional features like assassinations and money laundering
- 42 science advances
- no advertisement

Need help? Use our Laws of Civilization Walkthrough page or sign up and make your contribution today.

- lawmaker window can now be opened from law - better performance and power consume - memory leak that could lead to a crash - if the president dies with martial law, than the law is removed - solved some compatibility problems on MacOS

Laws of Civilization is a strategy game developed by Damian Bernardi and is available for download on both iOS and Android devices. The app is compatible with iOS 11.0 or later on the following devices: iPhone 13, 12 Pro, X, SE, iPhone 8, 6, iPad Pro, and iPad Mini.

Click the button or scan the QR code below to download the latest version of the Laws of Civilization app on iOS. 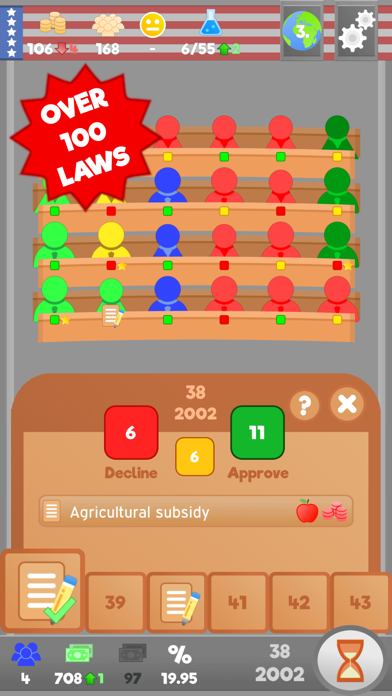 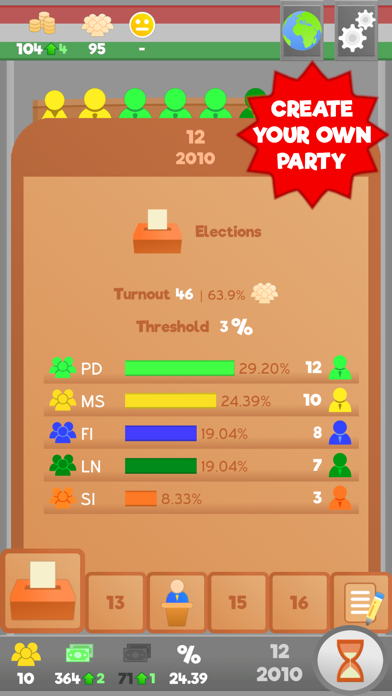 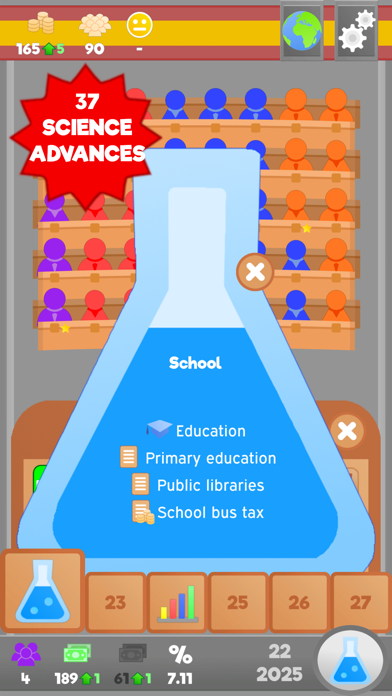 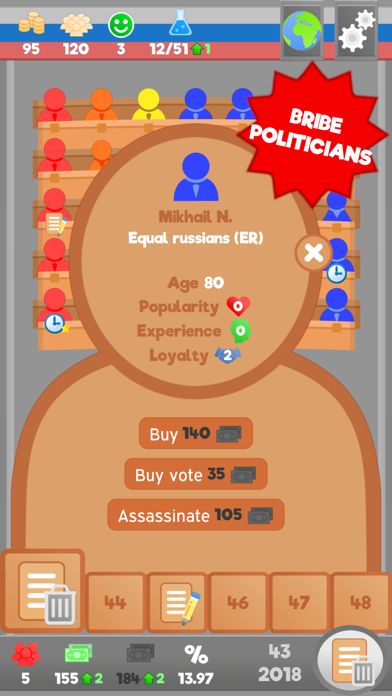 Review: Potential things to add in lawgivers 2 The ability to call a snap election is really cool, so to that effect, if it’s not possible to...

Review: Very good I love the game but there are a few mistakes with the years that countries are founded in which is...

Review: Love this game I have one seggestion to the president when you can impeach him or the prime minister other than that keep...

Review: I get stuck for hours Awesome game guys it’s super realistic and it’s own little way.. it like simulates what the real people...

Review: Good but Lacking I appreciate that they’re still developing this game.

Create a new price alert for Laws of Civilization