This CASTLE DEFENSE GAME is an addicting combination of strategy and action.
Welcome noble warrior. You must defend Ashen Oak, your home against General Skel and his bumbling army of skeleton warriors.

Tap the screen and time your shots to repel the endless onslaught of giants, skeleton wizards, bombers, red knights and more. Earn coins, stone and diamonds to upgrade Ashen Oak to unlock new enchanted arrows to reign down a hail of flame, frost & lightning on the approaching bags of bones.

Features
• Endless Strategic Action– Defend your home against never ending waves of blundering boneheaded soldiers.
• General Skel’s Army – Battle numskulled giants, bombers, archers, mages, armored knights and more.
• Enchanted Arrows – There’s more than one way to “skin a skeleton”. Unlock Volley, Flame, Frost, Lightning arrows and more to defeat General Skel’s forces.
• Fortress Upgrades - Earn coin and stones to upgrade Ashen Oak and keep your upgrades even in defeat.
• Level Up – Keep leveling up to earn rewards and unlock new quests.
• Quests – Earn achievements and earn additional XP on your path become the greatest Archer Ashen Oak has ever known.
• Share Your Progress – Post your achievements and scores to facebook and share your victories on the battlefield with all of your friends.

Need help? Use our Besieged 2 Infinite Walkthrough page or sign up and make your contribution today.

Besieged 2 Infinite is a free-to-play adventure game developed by Leviathan Games, and is available for download on both iOS and Android devices. The app is compatible with iOS 8.0 or later on the following devices: iPhone 11 Pro, X, Xs, SE, iPhone 8, 7, 6, iPad Pro and iPad Mini.

Click the button or scan the QR code below to download the latest version of Besieged 2 Infinite on iOS. 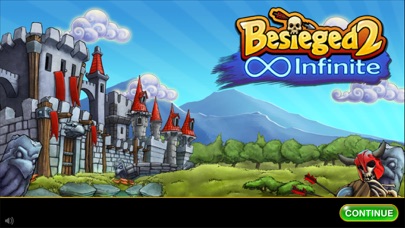 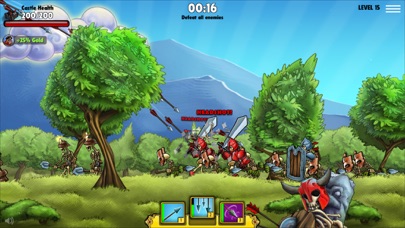 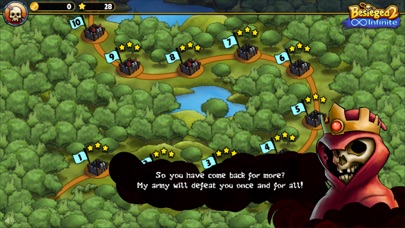 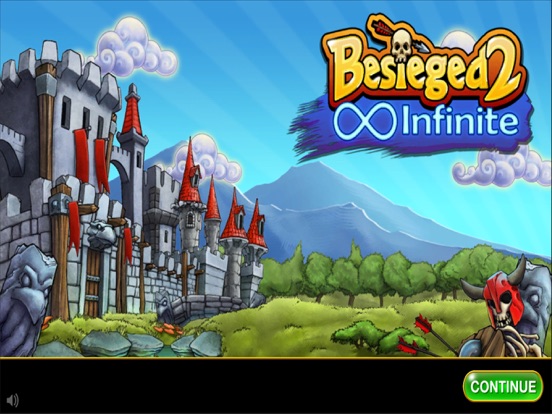